No reward for North Korea without irreversible denuclearization: Pompeo

TEHRAN, April 13 -North Korea should not expect rewards from talks with the United States until it takes irreversible steps to give up its nuclear weapons, President Donald Trump’s nominee for secretary of state, CIA Director Mike Pompeo, said on Thursday. 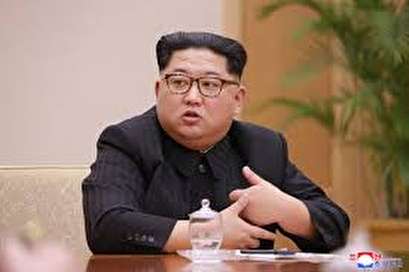 TEHRAN, Young Journalists Club (YJC) -North Korea should not expect rewards from talks with the United States until it takes irreversible steps to give up its nuclear weapons, President Donald Trump’s nominee for secretary of state, CIA Director Mike Pompeo, said on Thursday.

Pompeo said the historical analysis was “not optimistic,” when asked at his Senate confirmation hearing if he believed North Korea would agree to dismantle its nuclear program. He said that in past negotiations the United States and the world had relaxed sanctions too quickly.

“It is the intention of the president and the administration not to do that this time to make sure that … before we provide rewards, we get the outcome permanently, irreversibly, that it is that we hope to achieve,” Pompeo said.

“It is a tall order, but I am hopeful that President Trump can achieve that through sound diplomacy,” he said.

Trump has said he plans to meet North Korean leader Kim Jong Un in May or early June and hopes the discussions will ultimately lead to an end of North Korea’s nuclear weapons program, which Washington sees as its most pressing security threat.

On Thursday, Trump said meetings were being set up between him and Kim and said the United States would approach the talks respectfully.

He thanked China for its help in trying to resolve the crisis over North Korea’s development of nuclear weapons capable of hitting the United States. “They’ve been really terrific at helping us get to some kind of settlement,” Trump said.

“Meetings are being set up right now between myself and Kim Jong Un. I think it will be terrific. I think we’ll go in with a lot of respect and we’ll see what happens,” he said.

Trump also said trade “negotiations” between Washington and Beijing were going well, conflicting with China’s statements since the president’s announcements of plans to impose billions of dollars of tariffs on Chinese goods, which have fed fears of an all-out trade war.

“We are getting along very well, think we’re going to do some great things,” Trump said, adding that getting rid of nuclear weapons was “very good for them, good for everybody.”

Pompeo said he was optimistic a course could be set at the Trump-Kim summit for a diplomatic outcome with North Korea, but added that no one was under any illusion that a comprehensive deal could be reached at that meeting.

He brushed aside concerns that the administration’s moves to modify a nuclear deal with Iran could make an agreement with North Korea more difficult. He argued that Kim would be looking to his own interests, including his country’s economy and the “sustainment of his regime,” not other historical agreements.

Pompeo stressed that the aim of a Trump-Kim summit was to get North Korea to “step away.” Under questioning, he would not take any option off the table, including military ones.

At the same time, Pompeo said he was not advocating regime change for North Korea and had never done so.

Last year, North Korea accused Pompeo of favoring such a policy after he told a forum in July it was important to separate the country’s nuclear weapons from the “character who holds the control over them.”