Inuka, first polar bear born in the tropics, is put down

TEHRAN, April 25 - Inuka, the first polar bear born in the tropics, was put down Wednesday after a rapid decline in health, with Singapore Zoo mourning the loss of one of its best-loved animals. 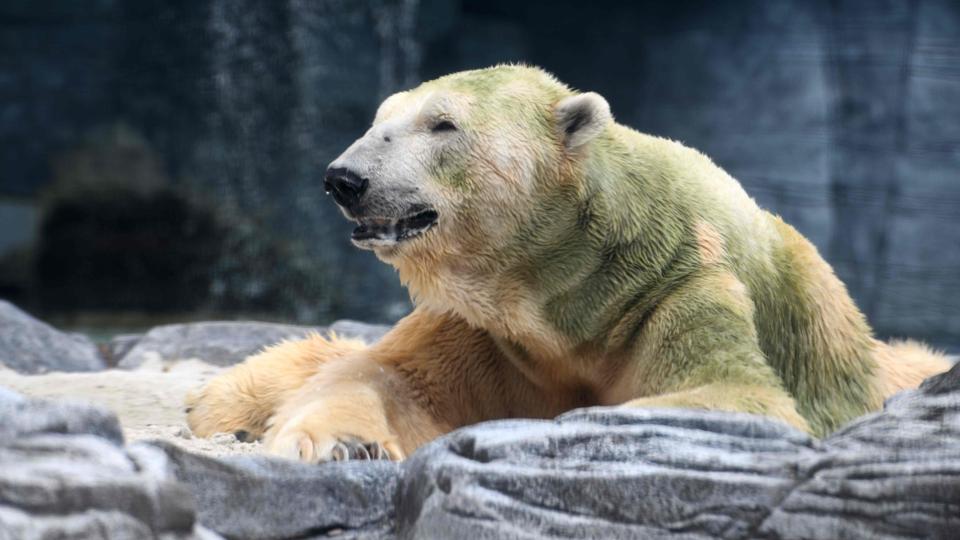 TEHRAN, Young Journalists Club (YJC) – The bear, whose name means "Silent Stalker" in Inuit, had reached the grand old age of 27 -- into his 70s in human years and two years older than the average lifespan of the creatures in captivity.

Born at the zoo, Inuka was particularly popular with visitors due to his playful antics in his enclosure.

But in recent years the animal had suffered age-related ailments, including arthritis, and an examination at the start of this month revealed his health was failing markedly.

His weakened limbs had trouble supporting his body and he developed cuts on his paws and a wound on his abdomen.

After a final check-up, vets found that Inuka's health had not improved despite intensive treatment and decided not to revive him from anaesthesia.

"Singaporeans have known Inuka from the time he was a cub, and have seen him growing up and ageing," said Mohan Ponichamy, one of his keepers.

"It has been a privilege and honour being his care giver, but difficult as it may be, it would not have been fair to prolong his suffering."

The bear had been put on a "seniors programme" at the zoo for the past five years, to help elderly animals deal with the effects of ageing.

He had slowed down in recent months, and became less interested in his daily playing sessions.

Inuka was born on December 26, 1990. His father Nanook was caught in the wild and came from Canada and his mother, Sheeba, came from a German zoo.

His death marks the end of an era for the zoo, which has said it will not keep any more polar bears in its collection.

As few as 22,000 polar bears are thought to remain in the wild, according to environmental group WWF. Protection group the International Union for Conservation of Nature classifies them as a vulnerable species.

They are typically found in places with cold climates such as Greenland, and parts of Canada and Russia -- making Singapore, where daytime temperatures rarely dip below 25 degrees Celsius (77 degrees Fahrenheit), an unusual location for the creatures to live.