TEHRAN, April 25 - A United Nations Security Council delegation tasked with measuring the impact of the Rohingya refugee crisis is gearing up to tour Rakhine state, a senior government official has revealed. 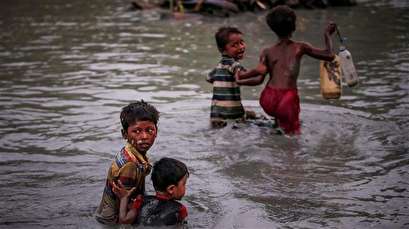 TEHRAN, Young Journalists Club (YJC) –Slated to arrive in Myanmar on Monday, the mission will be the highest-profile UN delegation to visit the region since last August, when government forces  stepped up a violent crackdown on the Rohingya Muslim minority.

The UN and many of its member states have described the violence as ethnic cleansing.

Myanmar's Buddhist government has rejected the accusation but refuses to let monitors, aid workers and UN fact-finders into the conflict zone.

The Security Council first proposed a visit in February but the government of Aung San Suu Kyi said that it was "not the right time." After facing much pressure, however, it accepted a visit by the 15 council ambassadors earlier this month.

The deadly crackdown, which has seen many people including women and children brutally killed, dismembered and raped by the military and Buddhist mobs, has forced some 700,000 Rohingya into Bangladesh.

"They will come to Naypyidaw on 30th (April) and will proceed to Rakhine the next day," a senior Myanmar official with knowledge of the trip was quoted as saying by AFP on Wednesday. The unnamed official did not provide more details.

While Rohingyas maintain they are indigenous to western Myanmar and have lived there for hundreds of years, Suu Kyi's regime has taken away their citizenship insisting that they are from Bangladeshi origin.

To force the Muslim minority out of the country, Myanmar's government has been running a scorched-earth campaign, setting on fire and razing to the ground hundreds of Rohingya villages to make sure that their owners will never return.

Myanmar's military, meanwhile, claims the unprecedented violence is justified because armed elements linked to the Rohingya community have killed around a dozen members of the security forces.

In January, Myanmar and Bangladesh signed a repatriation deal to pave the way for the refugees' return but so far only one family has been allowed to leave a no man's land between the two nations and return to their country.

Several thousand Rohingya prefer to stay in the border zone and await a safe return rather than joining Bangladeshi refugee camps.

They fear that they will be kept in apartheid-like camps if they return to their homelands.

"We will carry on waiting here until we are allowed to go back to our homes," Rohingya leader Dil Mohamed told reporters Wednesday. "Our parents and grandparents are all citizens of this country... how come we are not citizens?"