US House panel finds no collusion between Trump campaign, Kremlin

The House Intelligence Committee has officially announced the end of its Russia investigation, revealing in a final report that there was “no evidence” regarding alleged collusion between Russia and US President Donald Trump's campaign in the 2016 presidential election. 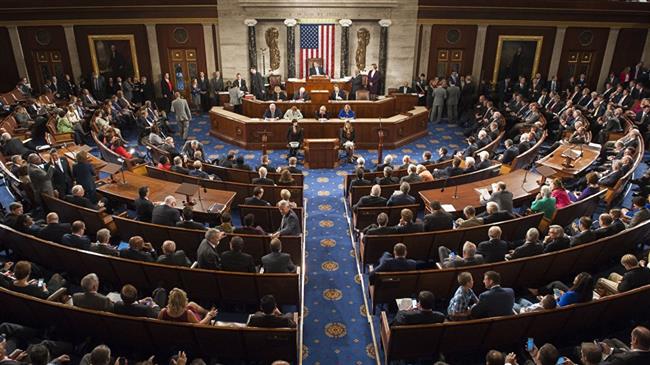 TEHRAN, Young Journalists Club (YJC) – In the report released on Friday, the Republican-led panel rejected ties between Moscow and Washington in the US presidential vote, criticizing Trump's campaign team and the campaign run by former Democratic candidate Hillary Clinton for "poor judgment and ill-considered actions" in their dealings with Russian figures.

“While the Committee found no evidence that the Trump campaign colluded, coordinated, or conspired with the Russian government, the investigation did find poor judgment and ill-considered actions by the Trump and Clinton campaigns,” it said.

The report slammed the controversial June 2016 Trump Tower meeting in which Donald Trump Jr. and other top Trump campaign aides met with a Russian lawyer, and also the Trump campaign's “periodic praise for and communications with Wikileaks.”

The committee said that the Clinton campaign and the Democratic National Committee (DNC) used poor judgment when they sought to conduct opposition research on Trump.

"The Committee also found that the Clinton campaign and the DNC, using a series of cutouts and intermediaries to obscure their roles, paid for opposition research on Trump obtained from Russian sources, including a litany of claims by high-ranking current and former Russian government officials," the report said.

Insisting that the committee failed to interview enough witnesses and gather enough evidence to substantiate its finding, Democrats on the Intelligence panel refused to endorse the report and called the committee's investigation a sham that was biased in favor of Trump.

The panel had already revealed last month in a one-page report summary that it had found no evidence of collusion.

Commenting on the freshly released report by the House Intelligence Committee, the US president took to Twitter and said the Russian investigation should be immediately ended.

The intelligence committees in both the US Senate and the US House of Representatives were probing the alleged collusion between Trump's campaign and Moscow, while Special Counsel Robert Mueller opened a similar investigation in 2017.

Share to
Related News
Trump: I may go to Israel to open new US embassy
New Secretary of State Pompeo arrives in Brussels to meet NATO allies
Pompeo sworn in as Trump's second secretary of state
US to expand role in Syria – Mattis
Tags
official ، russia ، president
Your Comment