Trump: I may go to Israel to open new US embassy

TEHRAN, April 28 -President Donald Trump says he may travel to Israel next month to open the new US embassy in the occupied city of Jerusalem al-Quds despite widespread Palestinian anger and global condemnation. 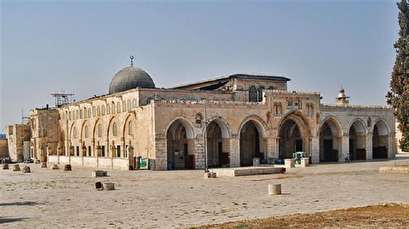 TEHRAN, Young Journalists Club (YJC) –President Donald Trump says he may travel to Israel next month to open the new US embassy in the occupied city of Jerusalem al-Quds despite widespread Palestinian anger and global condemnation.

In December 2017, Trump officially declared the holy city as Israel's capital and said his administration would begin the process of moving the American embassy in Tel Aviv to the disputed city, which is expected to take years.

On Friday, he said he had no regrets about the decision which was a major shift by Washington that overturned decades of US foreign policy.

“I may go. I’m very proud of it,” Trump told reporters at a joint press conference with German leader Angela Merkel.

None of previous US presidents, who had promised to move the embassy to Jerusalem al-Quds while running for election, could deliver on their promises.

“The embassy in Jerusalem has been promised for many, many years by presidents,” Trump said. “They all made campaign promises and they never had the courage to carry it out. I carried it out.”

Trump also said he had rejected a proposal to build the new embassy for $1 billion, noting it would be built for less than half a million dollars.

“The papers were put before me to sign an application for more than $1 billion to build an embassy,” Trump said. “I had my name half-signed and I noticed the figure and I never got to the word ‘Trump.”’

He said that he called David Friedman, the US ambassador to Israel, and discussed the expenditure.

Friedman said, “I can build it for $150,000” by renovating part of a current US property in Jerusalem al-Quds, and “instead of 10 years from now, we can open it up in three months,” according to Trump.

“It is going to be beautiful. And it will be somewhat temporary, but it could be for many years,” he said.