TEHRAN, June 18 - UN high commissioner for human rights has warned that the Saudi-led attacks on Hudaydah could endanger the lives of millions of people as Riyadh resumed its airstrikes on the Yemeni port city’s airport, forcing civilians to shelter in schools. 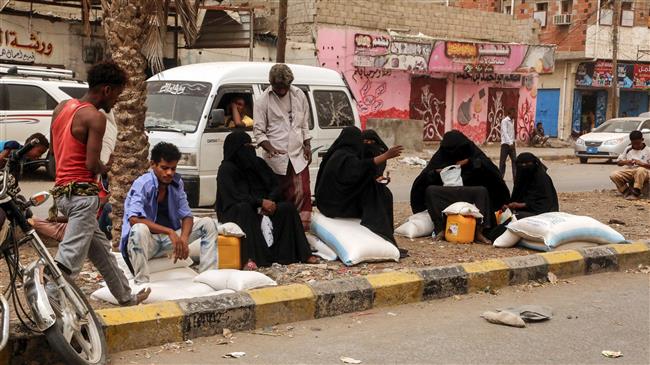 TEHRAN, Young Journalists Club (YJC) - "I emphasize my grave worry regarding the Saudi and Emirati-led coalition's ongoing attacks in Hudaydah – which could result in enormous civilian casualties and have a disastrous impact on life-saving humanitarian aid to millions of people which comes through the port," Zeid Ra'ad al-Hussein said Monday.

Saudi Arabia and the UAE launched a major assault on June 13 to take Hudaydah, a densely-populated city and the war-torn country's most vital port.

The Houthi movement has been running Yemen's state affairs in the absence of an effective administration during the past three years.

Yehia Tanani said he and his family left the neighborhood three days ago and walked for 3 km, hiding behind walls and under trees to avoid Saudi air raids, before finding shelter at a fish farm. Others stayed to care for family members and cattle.

"They told us that some humanitarian organizations are going to send buses but then they said no buses could come in or out. So we started walking on foot carrying our children, sitting every while for rest while the Apaches hovered above us. We were scared not knowing if we'd be shot or not," he said.

"Now we're in this school, no mattresses, no electricity, no water, no bathrooms, nothing. And we have children who need medicine, need food, need anything, but we don't have anything," Tanani added, sitting on the floor of an empty classroom of a school being used to house those displaced by the Saudi attacks.

The intensified airstrikes came after the Houthi fighters on Sunday dismissed reports that Saudi-led forces had seized the airport, saying the aggressors were on the retreat on all front lines.

Amid the Houthis’ advances, a senior UAE official said on Monday the Saudi-led coalition against Yemen will take a "calculated and gradual" approach to the battle.

Saudi Arabia and its allies launched the war on Yemen in March 2015 to reinstall Yemen’s former President Abd Rabbuh Mansur Hadi. The Yemeni Ministry of Human Rights announced in a statement on March 25 that the war had left 600,000 civilians dead and injured until then.