TEHRAN, June 25 -New research shows a parasite infection among a group of fish can even put healthy individuals at risk. 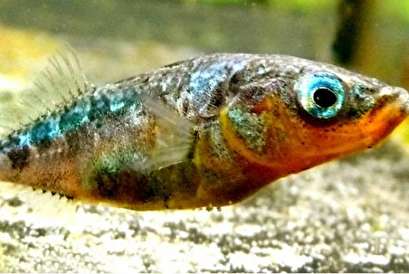 TEHRAN, Young Journalists Club (YJC) -New research shows a parasite infection among a group of fish can even put healthy individuals at risk.

When scientists studied groups of tapeworm-infected fish in the lab, they found the entire group begins to take riskier behaviors -- even healthy individuals -- once a majority of the individuals in a school are infected with the parasite.

For example, if six out of ten fish are infected, and begin swimming into open water, even the healthy fish will follow, putting themselves at increased risk of predation.

"The reason for this 'wrong' decision on the part of the non-infected sticklebacks presumably has something to with shoaling behaviour," Jörn Scharsack, researcher at the University of Münster, said in a news release. "The urge to remain in the group is stronger than exercising caution against any attack by a bird independently."

The opposite is not true, however. When infected individuals are in the minority, they continue to take risks despite the more conservative patterns of the rest of the group.

Scientists believe the ability of the parasite to alter group behavior could alter predator-prey-parasite population dynamics. If more fish are making themselves available to avian predators, more birds will congregate to take advantage of the food source, thus increasing the tapeworms' odds for successful reproduction.

Researchers described their analysis of the novel predator-prey-parasite dynamic this week in the journal Proceedings of the Royal Society B.