Divided EU leaders to meet for talks on refugees

TEHRAN, June 24 -Leaders of the European Union (EU) countries are slated to hold an emergency meeting in Brussels on Sunday, seeking to settle their differences and pursue a unified approach to the refugee crisis facing the bloc. 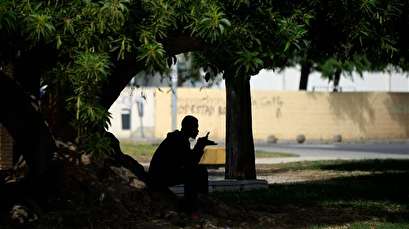 TEHRAN, Young Journalists Club (YJC) -Leaders of the European Union (EU) countries are slated to hold an emergency meeting in Brussels on Sunday, seeking to settle their differences and pursue a unified approach to the refugee crisis facing the bloc.

The meeting comes as deep divisions over migration policies have been splitting EU leaders for years and also pose a fresh threat to German Chancellor Angela Merkel’s government.

Merkel is facing pressure to persuade her European peers before a main June 28-29 summit to agree to share out refugees more evenly within the EU to placate her conservative allies at home, including Bavaria’s Christian Social Union (CSU).

The German leader has been given by the CSU an ultimatum to come up with a convincing European plan to reduce migration into the country, otherwise they will go it alone from the beginning of July and start tightening Germany’s borders.

Merkel and the EU leaders are to explore how to prevent people from traveling freely inside the bloc while their applications are being processed or after they have already claimed asylum in one of the Mediterranean states of arrival.

Such secondary movements are illegal under EU law but have been widespread since immigration to Europe peaked in 2015, when more than a million refugees arrived from the Middle East and Africa.

The leaders of the other European countries are expected to accept Merkel’s proposal, which would mark a success for the German chancellor.

“We see a strong need to significantly reduce secondary movements... by preventing unlawful crossing of internal borders between (EU) member states by irregular migrants and asylum seekers and by ensuring swift readmissions by the competent member state,” reads a draft of the statement for the Sunday meeting.

Over the past year, the EU member states have adopted a more restrictive policy toward migration and tightened their external borders to allow fewer people into the bloc. They have provided financial aid for countries in Northern Africa and the Middle East to prevent people from heading for Europe.

Italy: On the front line with a hard line

United Nations (UN) figures show that only 41,000 refugees and asylum seekers have made it to the EU across the sea so far this year. They mostly live in countries like Greece and Italy — both long overwhelmed with arrivals — or wealthy states such as Germany or Sweden.

Italy, as a Mediterranean state of arrival, has taken in 650,000 boat refugees in the last five years, and has already rejected measures that could see it handle more asylum seekers.

The far-right minister recently set off a European crisis when he closed the country’s ports to a refugee rescue ship with more than 600 people, including children, pregnant women, and those in need of medical attention on board.

Italy was one of the main destinations for refugees fleeing war and poverty in Africa and elsewhere before the new populist government took office in Rome three weeks ago.

The continent has been hit since 2014 by an unprecedented influx of refugees fleeing conflict-ridden zones in North Africa and the Middle East, mainly Syria.