TEHRAN, June 28 - Japan has slipped through to the round of 16 of the 2018 World Cup despite a loss to Poland and thanks to better disciplinary records. 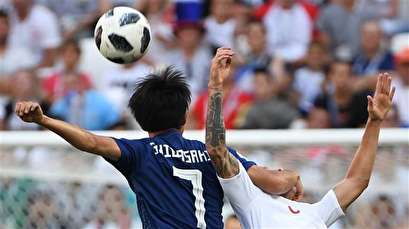 TEHRAN, Young Journalists Club (YJC) - The Japanese were defeated 1-0 by Poland in Volgograd Arena, Russia, on Thursday, but the fewer number of cards they had received through their three games gave them the second place in Group H behind Colombia and put them above Senegal and Poland and into the last 16.

The "Blue Samurai" became the only Asian team to progress to the second round of the tournament with four points out of three games. They had beaten Colombia in their opener while playing out a draw with Senegal in the second.

Japan and Senegal, which lost to Colombia 1-0 in the other match of the group on Thursday, were level on points, goal difference and goals scored. But the Africans went out on a higher number of yellow cards.

The Japanese should wait and see who would dominate the Group G to know their opponents in the next stage. Belgium and England will play the decisive game later on Thursday.

Poland’s Jan Bednarek scored the single goal of the match in Volgograd, which was held in the scorching heat of 36 degree Celsius (96.8 Fahrenheit). The match was another disappointment for Robert Lewandowski, the Polish starlet of the German giant Bayern Munich, as he failed to break his World Cup drought. That was partly due to spectacular saves by Japan’s goalkeeper Eiji Kawashima who denied the Eastern Europeans major goal opportunities.

The World Cup group stage will finish later on Thursday as Panama and Tunisia play as the eliminated teams of Group G.

The tournament will end on July 15.