TEHRAN, July 01 -US automakers and manufacturers have cautioned that President Donald Trump’s insistence on imposing major tariffs on imported automobiles may lead to rising unemployment and harm the nation’s economy. 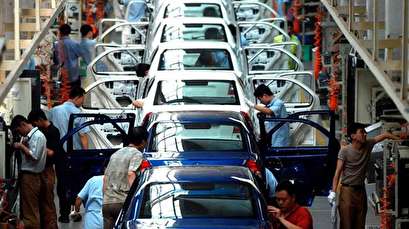 TEHRAN, Young Journalists Club (YJC) -US automakers and manufacturers have cautioned that President Donald Trump’s insistence on imposing major tariffs on imported automobiles may lead to rising unemployment and harm the nation’s economy.

Business groups from across the US forwarded comments in the past week to the Commerce Department, which is investigating whether Section 232 tariffs should apply to imports of cars and auto parts in the interest of national security, local news outlets reported Saturday.

The National Foreign Trade Council (NFTC) declared that auto tariffs will increase costs for US automakers, which will eventually impact American customers.

NFTC President Rufus Yerxa further stated that the tariffs will make it almost impossible for US manufacturers to sell their vehicles overseas due to retaliatory tariffs from other nations, the Washington-based The Hill reported Saturday.

“Today, NFTC joined the US auto industry in opposing new tariff barriers on autos and auto parts under Section 232 because such action will cause greater harm than good to America’s auto industry, which is now the world’s most competitive and dynamic producer," Yerxa as quoted in the report.

Trump announced steep tariffs on steel and aluminum imports back in March, offering temporary exemptions for key trading allies, including Canada, Mexico and the European Union.

The exemption, however, was terminated in May when the US president levied a 25-percent tariff on steel imports as well as a 10-percent tariff on aluminum imports, provoking those allies to respond with retaliatory trade measures.

Trump further argued that his administration was imposing the tariffs in favor of US national security, citing rarely used Section 232 laws. He then called for a probe in May into whether auto imports pose national security risks.

According to the report, the US Chamber of Commerce fiercely opposed Trump’s tariffs plan, insisting that if the measure moves ahead, “it would deal a staggering blow to the very industry it purports to protect and risk igniting a global trade war.”

“In fact, the US auto industry is prospering, and the vast majority of industry stakeholders do not support these proposed tariffs,” the Chamber said.

Moreover on its Friday filing, the National Association of Manufacturers also emphasized that Trump’s tariffs stand to undermine the sector, ultimately “[giving] an edge to foreign production at the expense of US manufacturing, job growth, our economy and ultimately US national security."

Global Automakers, which represents auto giants like Honda, Subaru and Toyota, blasted the Trump administration's probe, insisting that the Commerce Department has not spelled out its theory for how imported cars and trucks "are relevant to US national security."

"America does not go to war in a Ford Fiesta," the group said.

Akio Toyoda, chairman of Japan Automobile Manufacturers Association (JAMA) said his group is "gravely concerned" about the Department’s investigation, saying it will "create uncertainty among automobile users in the U.S. and people involved in the motor vehicle industry."

"The very basis of the Section 232 investigation is wrong,” JAMA said in comments filed Friday.

General Motors Company also delivered a harsh warning to the Trump administration, saying that a 25 percent tariff would potentially lead them to reduce US operations and cut jobs.

"If import tariffs on automobiles are not tailored to specifically advance the objectives of the economic and national security goals of the United States, increased import tariffs could lead to a smaller GM, a reduced presence at home and abroad for this iconic American company, and risk less — not more — US jobs," GM wrote in comments submitted Friday.

Though it did not file comments with the Commerce Department, Ford Motor Company said lower tariffs are better for jobs and the economy.

"As the top US exporter of vehicles, we believe lower tariffs in every market will support growth and jobs," Ford stated as quoted in the report.

"We urge the US to work with its trading partners to support policies that remove rather than create new barriers to trade," the company added.

US auto production, according to the US Chamber of Commerce, has doubled over the past decade, and the sector employs nearly 8 million Americans — nearly 50 percent more than it employed in 2011.

Trump threatened last week to impose a 20 percent tariff on auto imports in an attempt to pressure European Union leaders to seek trade talks with Washington.