TEHRAN, July 01 -President Donald Trump will announce his nominee to replace Justice Anthony on the Supreme Court on July 9, he told reporters. 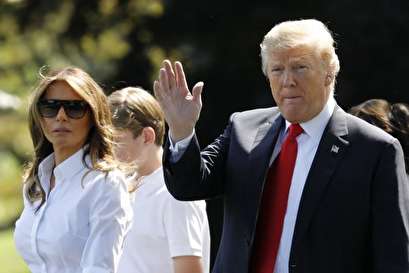 Speaking to reporters Friday, Trump also said he's narrowed his list of potential candidates for the job. At one point, he said he would probably interview six or seven candidates, including possibly two this weekend. But The New York Times also reported Trump said he's pinpointed about five finalists, including two women.

Kennedy, 81, announced this week he would step down and retire July 31. President Ronald Reagan appointed Kennedy, but the justice was considered a swing vote during his time on the bench. Choosing his successor, which needs Senate approval, gives Trump the chance to mold the dominant ideology on the Supreme Court for years to come.

"Outside of war and peace, of course, the most important decision you make is the selection of a Supreme Court judge, if you get it," Trump said.