TEHRAN, July 04 - The Trump administration said Tuesday that it was abandoning Obama administration policies that called on universities to consider race as a factor in diversifying their campuses, signaling that the administration will champion race-blind admissions standards. 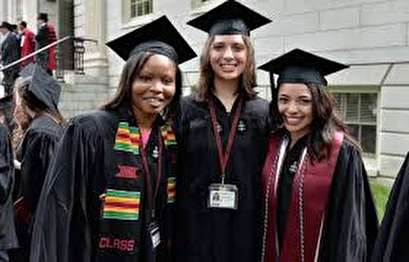 TEHRAN, Young Journalists Club (YJC) -The Trump administration said Tuesday that it was abandoning Obama administration policies that called on universities to consider race as a factor in diversifying their campuses, signaling that the administration will champion race-blind admissions standards.

In a joint letter, the Education and Justice Departments announced that they had rescinded seven Obama-era policy guidelines on affirmative action, which, the departments said, “advocate policy preferences and positions beyond the requirements of the Constitution.”

“The executive branch cannot circumvent Congress or the courts by creating guidance that goes beyond the law and — in some instances — stays on the books for decades,” said Devin M. O’Malley, a Justice Department spokesman.

Striking a softer tone, Education Secretary Betsy DeVos wrote in a separate statement: “The Supreme Court has determined what affirmative action policies are constitutional, and the court’s written decisions are the best guide for navigating this complex issue. Schools should continue to offer equal opportunities for all students while abiding by the law.”

The Trump administration’s moves come with affirmative action at a crossroads. Hard-liners in the Justice and Education Departments are moving against any use of race as a measurement of diversity in education. And the retirement of Justice Anthony M. Kennedy at the end of this month will leave the Supreme Court without its swing vote on affirmative action while allowing President Trump to nominate a justice opposed to policies that for decades have tried to integrate elite educational institutions.

A highly anticipated case is pitting Harvard against Asian-American students who say one of the nation’s most prestigious institutions has systematically excluded some Asian-American applicants to maintain slots for students of other races. That case is clearly aimed at the Supreme Court.

“The whole issue of using race in education is being looked at with a new eye in light of the fact that it’s not just white students being discriminated against, but Asians and others as well,” said Roger Clegg, the president and general counsel of the conservative Center for Equal Opportunity. “As the demographics of the country change, it becomes more and more problematic.”

Democrats and civil rights organizations denounced the administration’s decisions. Representative Nancy Pelosi of California, the House Democratic leader, said the “rollback of vital affirmative action guidance offends our nation’s values” and called it “yet another clear Trump administration attack on communities of color.”

Guidance documents like those rescinded on Tuesday do not have the force of law, but they amount to the official view of the federal government. School officials who keep their race-conscious admissions policies intact would do so knowing that they could face a Justice Department investigation or lawsuit, or lose funding from the Education Department.