TEHRAN, July 06 -Turkish prosecutors have issued arrest warrants for nearly 350 people, including soldiers, on suspicion of affiliation to a movement led by US-based opposition cleric Fethullah Gulen, whom the Ankara government accuses of having masterminded the July 2016 coup attempt against President Recep Tayyip Erdogan. 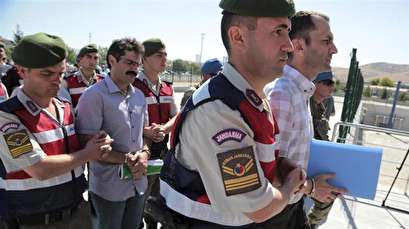 TEHRAN, Young Journalists Club (YJC) -The Istanbul Chief Public Prosecutor's Office issued warrants for 271 soldiers, 122 of whom are still on active duty, as part of a probe into followers of the self-exiled opposition leader in the Turkish armed forces, Turkey’s official Anadolu news agency reported.

Separately, prosecutors at the Izmir Chief Public Prosecutor's Office issued 75 warrants as part of an investigation into a Gulen "cell inside the armed forces."