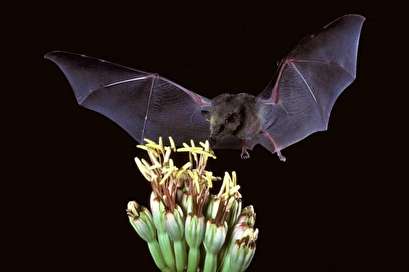 Scientists at the University of Adelaide traced the origins of two different jumping genes, self-replicating DNA sequences, across 759 species of plants, animals and fungi.

The results of the survey, published this week in the journal Genome Biology, suggest the genomes of most modern plants and animals have been shaped by interspecies gene transfer.

Researchers determined L1, one of the two studied transposable DNA fragments, began life in the mammalian genome as foreign DNA.

"Jumping genes, properly called retrotransposons, copy and paste themselves around genomes, and in genomes of other species," lead researcher David Adelson, director of Adelaide's Bioinformatics Hub, said in a news release. "How they do this is not yet known although insects like ticks or mosquitoes or possibly viruses may be involved -- it's still a big puzzle."

The new study showed 25 percent of the genome of cows and sheep are composed of jumping genes.

Until now, scientists thought L1 genes, a genetic fragment important to humans, were only passed from parents to offspring. The new research suggests the important fragment is passed between species.

"Most studies have only looked at a handful of species and found no evidence of transfer. We looked at as many species as we could," said Atma Ivancevic, postdoctoral researcher at Adelaide's Medical School.

L1 genes have previously been implicated in cancer and neurological disorders. Insights into the evolution and interspecies movement of L1 sequences could help scientists better understand the development and evolution of human disease.

BovB, the transposable DNA element, has also jumped between species a surprising number of times.

Researchers found BovB has jumped back and forth between frogs and bats several times. The survey also suggests bed bugs, leeches and locusts help facilitate the movement of BovB between species.

"Even though our recent work involved the analysis of genomes from over 750 species, we have only begun to scratch the surface of horizontal gene transfer," said Adelson. "There are many more species to investigate and other types of jumping genes."