TEHRAN, July 12 -Saudi Arabia has taken into custody a prominent Muslim scholar as part of an ongoing campaign to silence dissidents in the kingdom. 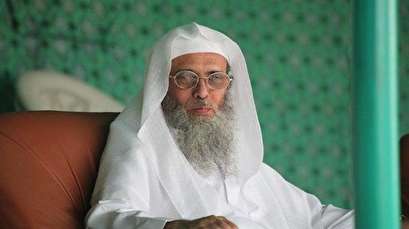 Hawali is a leading figure in Saudi Arabia's Sahwa (Awakening) movement, which opposes the presence of US troops in the Arabian Peninsula.

In the 1990s, Hawali was jailed for opposing the Saudi ties with US troops leading a military operation in Kuwait. In 1993, he was banned from public speaking and dismissed from his academic posts on suspicion of attempting to incite civil disobedience. In 1994, the Islamic scholar was once again arrested, but was soon released.

Hundreds of influential Saudi businessmen and members of the royal family were also rounded up in November 2017 in an alleged “anti-corruption campaign” spearheaded by Crown Prince Mohammed bin Salman.

Bin Salman was appointed the first in line to the Saudi throne by his father, King Salman bin Abdulaziz Al Saud, last June.

Since then, he has engaged in a string of radical economic and social projects in a bid to portray himself as “reformist.” However, those projects have been widely seen as being more about consolidating his personal power rather than bringing about real change to Saudi Arabia.