TEHRAN, July 11 -The Pakistani government has reportedly opposed efforts by the administration of US President Donald Trump and the Saudi regime to destabilize Iran, a media report says. 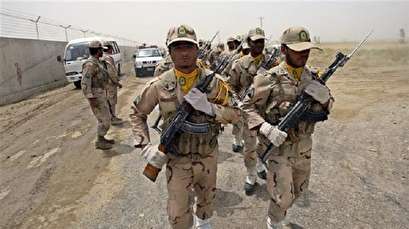 TEHRAN, Young Journalists Club (YJC) -According to a recent report published by Lebanon's Arabic-language al-Akhbar newspaper, the Trump administration and Saudis would expect Islamabad to back their efforts by setting up a covert operation room, which could support militants that operate across the border in the Iranian province of Sistan and Baluchistan.

The covert operation room could be employed to escalate an all-out US-led Israeli-Saudi proxy war with Iran by backing terrorist groups such as Jaish ul-Adl and fomenting unrest among the Islamic Republic’s ethnic minorities, it added.

The US military assistance to the Saudis were also meant to repeat a Syria-like scenario, the report said.

Daesh Takfiri terrorists were reportedly among the militants initially trained by the CIA in Jordan in 2012 to destabilize the Syrian government.

In June, a report by Huffingtonpost said that the Trump administration appeared to take a potential step closer to backing anti-Iran efforts plotted by Saudi Arabia and the United Arab Emirates (UAE).

The appointment of Michael D’Andrea, a hard-charging, chain-smoking operative, alternatively nicknamed Dark Prince Mike, suggested that the CIA was likely to take a more operational approach in confronting Iran in line with President Trump’s Saudi and UAE-backed hard line toward the Islamic Republic.

According to the report by Huffingtonpost, political analysts believe that Iran is unlikely to stand by idly if Saudi Arabia and the US were to initiate covert operations against it. “There’s just one small problem: Iran is unlikely to back down,” said US Naval Postgraduate School Iran expert Afshon Ostovar.

Over the past years, Iranian border guards have repeatedly come under attack by terror groups active on Pakistani soil.

In April, 11 Iranian border guards were killed in an ambush near Mirjaveh, which was claimed by Jaish ul-Adl. The assailants escaped into the Pakistani territory immediately after the attack.

Tehran has repeatedly filed protests with Islamabad over its failure to end terror activities on the Pakistani side of the border.

Senior officials in Tehran have repeatedly warned Iran’s enemies that such brutal terrorist attacks will not go unanswered.