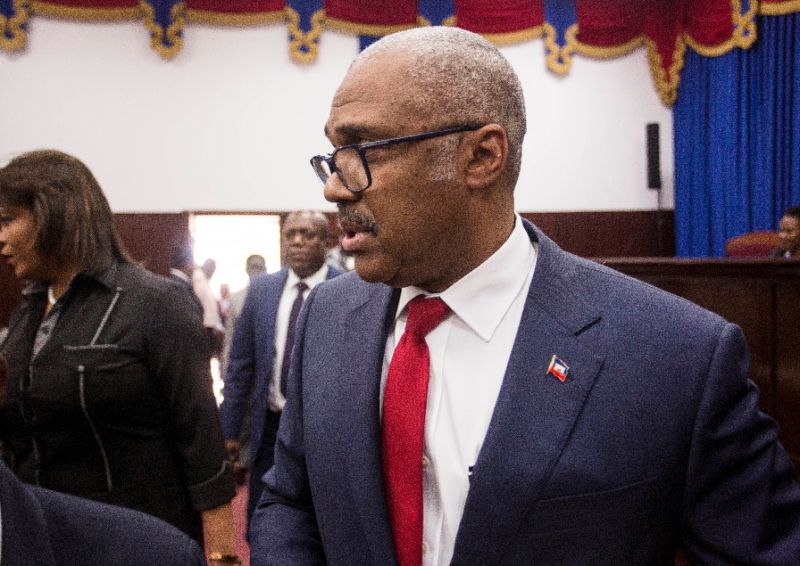 TEHRAN, Young Journalists Club (YJC) - "I submitted my resignation to the president of the republic," who has "accepted my resignation," Lafontant said in the lower house of Haiti's legislature.

Lafontant had faced a potential vote of no confidence had he not resigned -- something he had previously insisted he would not do.

Last week, the government in the impoverished Caribbean country announced plans for major fuel price hikes -- 38 percent for gasoline, 47 percent for diesel and 51 percent for kerosene.

The announcement sparked mass protests, with streets in the capital Port-au-Prince and other cities blocked with barricades of debris and burning tires.

Dozens of shops were looted and burned and cars were set ablaze. At least four people were killed. The government quickly did an about-face and called off the planned price increases.

Lafontant, a physician who had little political experience before taking office in February 2017, had faced widespread criticism even before the spasm of violence.

Hours after Lafontant announced his resignation, President Jovenel Moise appeared on television to deliver a short speech, saying he wished to "gather all the forces of the nation, without losing any time, to form an inclusive government with the aim of alleviating the people's misery and develop agriculture, energy and infrastructure."

The head of state added that while he understood the many were suffering from unemployment and hunger, "violence is not compatible with either development or democracy."

Moise will now have to appoint a new prime minister -- a delicate political exercise in Haiti, where a new government's general policy plan must be approved by both houses of parliament before it can officially begin working.