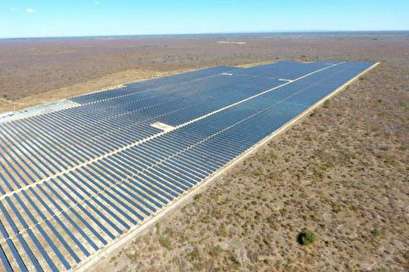 Total in September paid about $275 million to acquire a 23 percent stake in renewable energy company Eren, naming the new entity Total Eren. The renewable energy division announced Wednesday it was financing and building a combined 140 megawatts of nominal power in Brazil, roughly enough power for at least 100,000 homes.

Of the three projects either in the finance or construction phase, a project dubbed BJL 11 is the company's first ever in Brazil. With close to 78,000 panels, the French company said it could generate enough power for 23,000 homes.

The move into Brazilian renewables follows the formation of a strategic partnership between Total and Petróleo Brasileiro, known commonly as Petrobras. The 2016 partnership reinforced operations at oil fields off the Brazilian coast, thermal plants and infrastructure associated with liquefied natural gas.

Last week, Petrobras signed a memorandum of understanding to examinesolar and wind energy segments in the Brazilian market with Total Eren.

"The recently announced agreement with Petrobras and Total, two major players in the energy sector, makes me very much enthusiastic about future growth prospects in renewables in the country," Fabienne Demol, the global head of business development of Total Eren, said in a statement.

Petrobas has 104 MW of wind power and 1.1 MW of solar power already in its portfolio in the Brazilian market.

Brazil generates about three quarters of its electricity from renewable energy resources. According to the U.S. Commerce Department, it's the bestrenewable energy market in Latin America.