TEHRAN, July 18 -Wamore has received an $18.8 million contract for acquisition of the Advanced Cargo Parachute Release System and associated coupling kits for the U.S. Army. 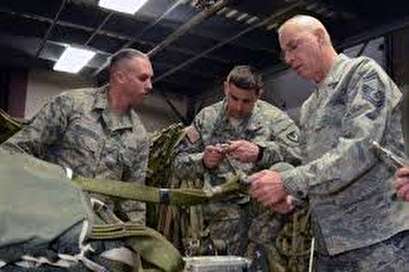 The award, announced Tuesday by the Department of Defense, comes under a firm-fixed-price contract for procurement of the parachute systems.

The contract is slated to run through July 2023, though the Pentagon said that work locations and funding will be determined with each individual order.

The TALON system of air-drop equipment is designed to be simpler and easier to use then other systems. It has accessories that are designed for better, more accurate drops of gear.

"There's actually a battery in it to power a barometer and accelerometers that tell the ACPRS when the load has stopped falling," equipment specialist Scott Martin said during the program's roll out in 2015. "The battery also drives a motor that releases the parachutes, so it's much more reliable."

Air-drops of supplies are a key part of airborne operations, but can be inherently unreliable. Equipment is routinely damaged or destroyed, potentially leaving troops on the ground without necessary gear.

"Often our biggest worry is how the soldiers work and deal with new airdrop equipment," Martin said in 2015. "Fortunately, the ACPRS is pretty darned simple. There's very little that the soldiers have to do to have a successful air-drop with it."