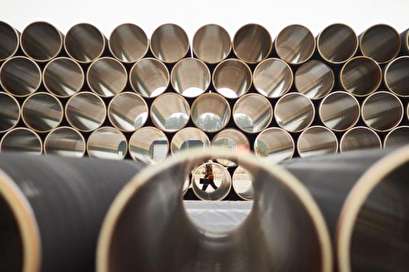 Russian energy company Gazprom plans to double the twin Nord Stream network through the Baltic Sea to Germany. Its partner in the project, Austrian energy company OMV, said the network is an important component of European energy security.

Russia meets about a quarter of the European natural gas demand, thought its role in the market is a concern for European leaders wary of Gazprom on anti-trust grounds. Apart from Norway, there are few other regional natural gas suppliers.

Outside of Europe, the pipeline has come under strain from a U.S. government putting economic pressure on Russia. The State Department has warned that any company that engages in the Nord Stream project could run afoul of the Countering America's Adversaries Through Sanctions Act, which imposed sanctions last year on Iran, Russia, and North Korea.

Last week, U.S. Senate leaders introduced a bill that would sanction Nord Stream partners. In response to questions from UPI, OMV said it was following discussions about the pipeline very closely.

"As a business-driven company we do comment on single political messages," the company responded. "As Europe will face a higher gas demand and a declining domestic production in the future every additional transport capacity is welcome, needed and supports the energy security of Europe."

So far, OMV said, the second phase of the Nord Stream pipeline is excluded from sanctions.

The U.S. government sees liquefied natural gas drawn from inland shale basins as a way to counter Russia in the European energy market. Polish Oil and Gas Co., known commonly as PGNiG, signed a five-year contract in November to secure LNG from the Sabine Pass terminal in Louisiana, the first mid-term contract of its kind.