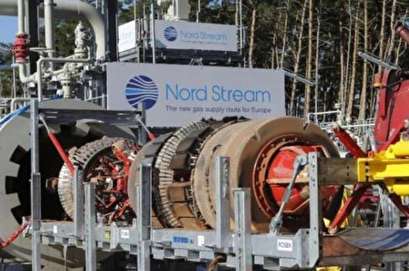 Wintershall is a member of the consortium working to double the capacity of the Nord Stream natural gas pipeline running through the Baltic Sea to Germany. The project is led by Russian energy company Gazprom, sending Russian gas to the European market while avoiding geopolitically sensitive territory in Ukraine.

"With European oil and gas production decreasing, energy imports from Russia are an essential part of the European energy supply," a spokesperson for the company told UPI.

Some Eastern European countries have few resources of their own, leaving them dependent on countries like Russia for energy supplies. Norway is the second-largest supplier to the European market behind Russia.

Plans to double the network have been meet with concerns from the United States and Europe, who worry about Gazprom's anti-trust behavior and Russia's tacit strategy of using energy for political leverage.

Wintershall's spokesperson said that Europe needs a wide range of suppliers and transport networks, but stayed out of the political issues associated with the pipeline.

"We principally do not speculate on possible sanctions and their effects," the spokesperson said. "We are closely monitoring the development in the United States and beyond and cannot comment the matter any further."

The U.S. State Department has warned that any company that engages in the Nord Stream project could run afoul of sanctions imposed last year on Russia. Last week, U.S. Senate leaders introduced a bill that would sanction Nord Stream partners.

Speaking during a NATO summit in early July, U.S. President Donald Trump said Germany was "controlled" by Russia through the natural gas market. Mario Mehran, the CEO of Wintershall, has said that U.S. pressure on Russia could be a tacit way to advance U.S. economic interests in the European energy market.

Congressman Ted Poe, R-Texas, the chairman of a terrorism subcommittee in the House, said earlier this year the United States could use its energy as a "force multiplier" for leverage outside its borders.