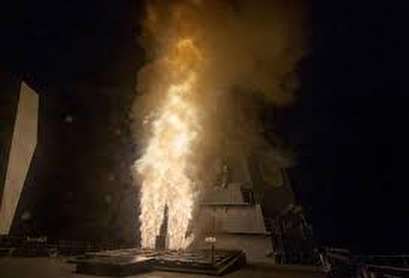 The modification to an existing contract for the SM-3 IIA, announced Thursday by the Department of Defense, will provide for Guidance Electronics Unit,or GEU, Phase III procurement along with testing,qualification and integration services.

The modification brings the total value of the SM-3 contract to $1.2 billion, with Phase III expected to be completed by September 2020.

The SM-3 Block IIA is a development of the Standard surface-to-air missile series. It is designed for use with the Aegis Ballistic Missile Defense system to intercept medium-range and intercontinental ballistic missiles.

The SM-3 can be land- or sea-based, and uses its own kinetic energy, or "hit-to-kill," rather than explosive warheads. The Block IIA model is capable of engaging ballistic missiles as they begin their descent in low space at long ranges.

Currently deployed versions capable of intercepting ballistic missiles include the SM-3 Block 1A, SM-3 Block 1B, and SM-6 interceptors mounted either on AEGIS anti-ballistic missile ships like the Arleigh Burke- and Ticonderoga-classes, or in land launchers linked to the Missile Defense Agency radar and early warning network.

The SM-3 Block IIA is still undergoing testing, with a successful intercept test of a medium-range ballistic missile last October. Once fully operational, it is expected to be exported to interested nations operating the Aegis system on either land or sea.