Bush should be punished, not awarded medal: Analyst

TEHRAN, November 13 - Former US President George W. Bush and former Vice President Dick Cheney should be exposed and jailed for their crimes, not awarded medals, says an American analyst. 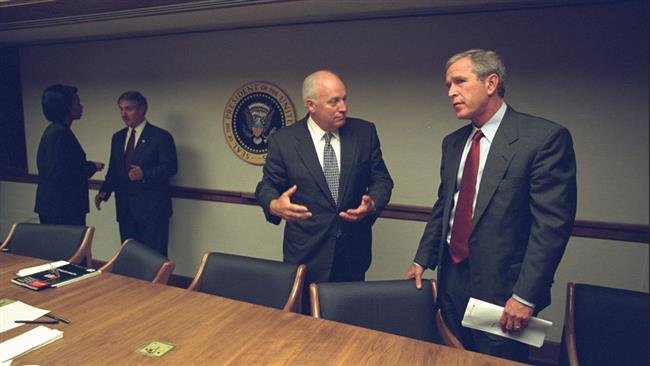 The medal was awarded amid protests from veterans who blocked the entrance to the National Constitution Center.

Organizers from Veterans Against The War, a group of post-9/11 service members and veterans, said the protesters aimed to end “a foreign policy of permanent war and the use of military weapons, tactics and values in communities across the country."

He added that the only thing that was more ironic would be if Cheney received the award.

Jones said people like Bush and Cheney, who is a senior neoconservative politician and served under four Republican presidents, were responsible for the planning and implementation of American military operations in the Middle East that continued to go on to this day.

If we look back on the Middle East in the past two decades, what we see is continual fighting and chaos and it all began with the Iraq war under George W Bush,” he said.

Bush started the period of chaos that continues to this day. he said..

Jones said the pretext to the US invasions were, of course, reaction to 9/11.

Iraq had nothing to do with the attack, Jones said, adding, pointing out, however, that there was a conscious attempt to claim that was the case in order to give the pretext to the invasion of the country by US-led forces.

Iraq was certainly much better off before the US-led invasion, than it has been in the last decade, or so, according to Jones.