TEHRAN, November 16 - Former Philippines first lady Imelda Marcos was granted bail on Friday after convincing a court to defer her arrest following her conviction a week ago for massive graft. 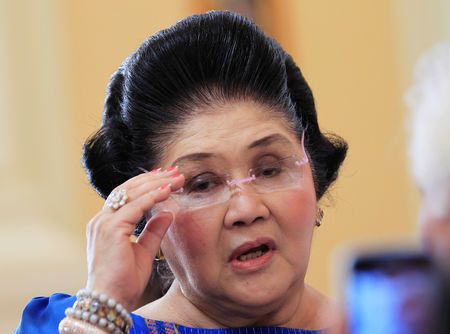 TEHRAN, Young Journalists Club (YJC) - The move leaves Marcos free to prepare what could be a lengthy legal challenge, but will further fuel criticism of special treatment for a politically influential family.

Marcos, 89, famous for hoarding shoes, gems and valuable paintings, posted bail of 150,000 pesos ($2,846) a week after a being found guilty in absentia for seven counts of corruption involving use of Swiss bank accounts, collectively worth up to 77 years in prison.

The possibility of her arrest has captured domestic attention but the anti-graft court has given no explanation as to why it did not issue a warrant for her arrest in the week since the verdict.

Lawyers for the three-term sitting congresswoman have argued that Marcos was unable to attend because she was suffering from "multiple organ infirmities".

On Friday she told the court that she was unaware the Nov. 9 verdict was even being delivered and first learned of her jail sentence on television news that afternoon.

She confirmed that she then attended a birthday party that evening, images of which appeared on social media and on news websites.

Her late husband Ferdinand Marcos ruled the Philippines for two decades, mostly under martial law during which thousands of opponents were persecuted, and billions of dollars were allegedly looted and funneled into real estate, artworks, offshore banks, and disbursed among a vast network of cronies.

The family was chased out in a 1986 popular uprising but returned from exile after Ferdinand's death and re-entered politics in the 1990s.

Marcos intends to appeal the decision and if denied, she can challenge it at the Supreme Court.