TEHRAN, November 23 - Israel’s so-called High Court of Justice has approved the evacuation of 700 Palestinian residents of a predominantly Arab neighborhood on the outskirts of the occupied Old City of Jerusalem al-Quds from their homes in a blatant ethnic cleansing procedure. 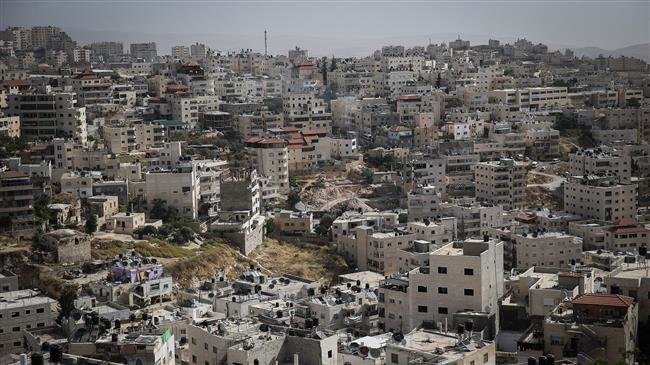 TEHRAN, Young Journalists Club (YJC) -The court rejected the appeal filed by 104 Palestinians from the Batn al-Hawa neighborhood in Silwan against claims by right-wing Israeli organization Ateret Cohanim, which is working permanently to Judaize the Old City of Jerusalem and adjacent neighborhoods.

The court, however, acknowledged that the expropriation methods used by the settlement association were suspicious and raised questions about the validity of the procedures for the transfer of land and ownership.

The high court was ruling on claims that the land in question was populated by Jews who came from Yemen before the creation of Israel in 1948. The neighborhood was purportedly registered as belonging to a Jewish trust during the Ottoman Empire.

Israeli human rights group B'Tselem has criticized the court ruling for failing to address the context.

“As though the land were not ‘freed’ by an association whose goal is to drive Palestinians out of their homes; as though the body of law does not allow Jews alone to file ownership for land abandoned in 1948; as though the court were not sanctioning the broadest move to dispossess Palestinians since 1967,” B'Tselem said in a statement.

The statement added, “The judgment proves, yet again, that the Israeli high court gives its seal of approval to almost any infringement of Palestinians’ rights by the Israeli authorities.”

Less than a month before US President Donald Trump took office, the United Nations Security Council adopted Resolution 2334, calling on Israel to “immediately and completely cease all settlement activities in the occupied Palestinian territories, including East Jerusalem” al-Quds.