TEHRAN, November 21 -Israel has launched a demolition campaign in Shuafat refugee camp in East Jerusalem al-Quds, leaving about 20 businesses and petrol stations destroyed under the pretext of lacking building permits. 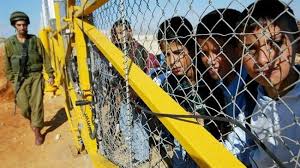 Israeli excavators entered the camp early on Wednesday to destroy the structures amid the presence of the regime’s police forces.

Israeli police said in a statement that "18 illegal businesses and three illegal petrol stations" were demolished in the camp, which is surrounded by Israel's controversial separation barrier and is the only refugee camp within Jerusalem al-Quds.

Heavy clashes erupted between the Israeli troops and Palestinian youths in the camp after the demolition of the shops, according to the Palestinian Information Center.

Ahmad Abu Holy, head of the Palestine Liberation Organization's refugee department, said the demolitions were "under the illegal pretext of building without a permit".

Palestinians in East Jerusalem al-Quds and in parts of the West Bank say it is nearly impossible for them to get approvals for buildings.

Khader Dibs, an official from the camp, also denounced the demolitions, saying the shops had been built in 2007.