TEHRAN, November 13 - Palestinian authorities say Israeli naval forces have killed a fisherman after opening fire on a Palestinian fishing boat off the coast of the besieged Gaza Strip. 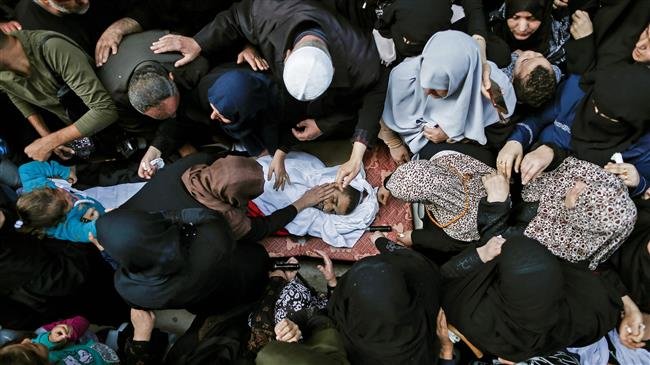 TEHRAN, Young Journalists Club (YJC) -The local Union of Agricultural Work Committees said in a statement that the fishermen, identified as 23-year-old Nawaf Ahmed al-Attar, was targeted while fishing northwest of the coast of Beit Lahia city, located about five kilometers north of Gaza City, on Wednesday evening.

The Palestine Red Crescent Society said Attar was taken to hospital in a critical condition, and succumbed to the grave gunshot wounds he had suffered in his abdomen shortly afterwards.

There was no comment from the Israeli military on the fatal incident.

According to Palestinian estimates, roughly 50,000 Gazans earn their living from fishing.

Israel imposed a limit of three nautical miles on fishing in the waters off the Gaza shore until August 2014, when Palestinian fishermen were allowed to go out six miles under a ceasefire agreement reached between the Israelis and Palestinians following a deadly 50-day Israeli war in the same month.

The fishing zone is supposed to extend to 20 nautical miles under the Oslo Accords. The Oslo Accords were signed between the Israeli regime and the Palestine Liberation Organization (PLO) during the early-mid 1990s to resolve the Israeli-Palestinian conflict.