Italy pledges efforts to save JCPOA 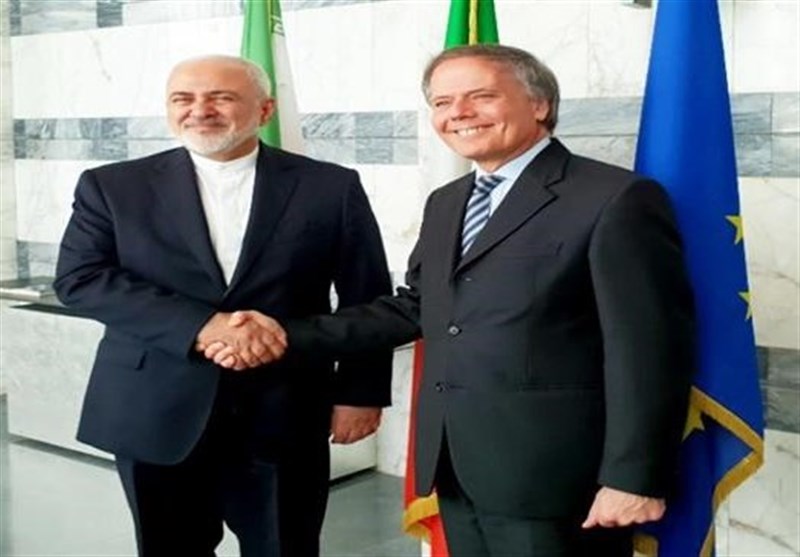 TEHRAN, Young Journalists Club (YJC) - In a Thursday meeting with Iranian Foreign Minister Mohammad Javad Zarif in Rome, Milanesi said the Joint Comprehensive Plan of Action (JCPOA) is in favor of world peace and security, stressing that Italy, along with other EU states, will make every effort to help save the nuclear deal.

For his part, Zarif deplored the US move to withdraw from the JCPOA and violate the UN Security Council Resolution 2231 -which endorses the nuclear deal- saying Washington is even encouraging other states to violate the resolution and threatens to punish the countries abiding by it.

Zarif and Milanesi also hailed the historical and growing ties between Tehran and Rome, and highlighting the two countries’ resolve to boost political, economic and cultural interaction, they discussed plans for closer cooperation between Iran and Italy in the scientific and tourism sectors.

The two diplomats further talked about the situation in Syria, the dire conditions in Yemen, and the latest developments in Libya.

Zarif arrived in Rome on Wednesday night to attend the Mediterranean Dialogues conference.