TEHRAN, November 24 - Violence and knife crime continue to take its toll on people and security forces in Britain as reports say a police officer has been stabbed while on duty outside a train station in the capital London. 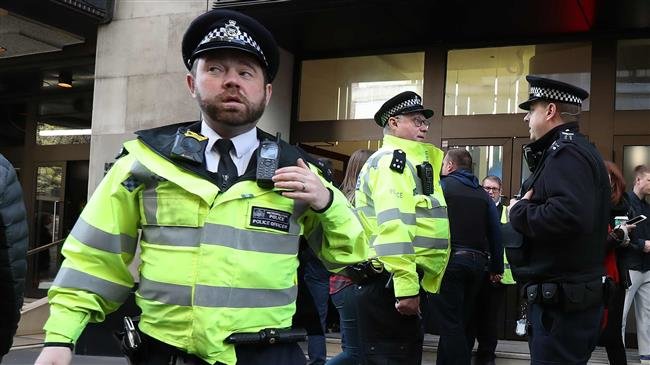 TEHRAN, Young Journalists Club (YJC) -The BBC said Saturday that the officer had been knifed late on Friday in Ilford, east London, where he reportedly was approached, attacked and stabbed by unknown people.

British Transport Police said a man had been arrested in connection to the attack, which occurred around 21:45 GMT on Friday.

The police officer is in hospital and being treated for injuries that are not thought to be life-threatening, said the police statement, adding that a complete lockdown was in place outside Ilford Station.

The incident is not yet believed to be a terrorism case as reports said counter-terrorism police were not involved at this stage.

Residents and witnesses were shocked to see the officer in blood outside the station. One Twitter user said that Ilford was getting worse day by day in terms of safety of residents.

The attack is the latest to come from a spate of stabbings in London and other large cities across Britain. The surge has sparked widespread concerns as many fear neighborhoods in cities like London and Manchester have practically become no-go areas with police unable to respond to emergencies due to shortage of staff.

Police has repeatedly called for more government support and an end to recurrent budget cuts that have rendered the force understaffed. The government has denied the cuts have had any role in the surge in violence.

Metropolitan Police Federation chairman Ken Marsh warned recently that Britain was near a “breakdown in society” after repeated reports that thugs and gangs could easily attack police officers.

The warning came after two officers were attacked in Hackney, London, as they tried to apprehend a suspect. Another officer was also kicked into a road, close to the path of a bus, recently, in another area of London.