TEHRAN, November 29 -An Israeli court has extended the detention of the Palestinian governor of Jerusalem al-Quds Adnan Gheith who was kidnapped in a dawn raid on his home at the weekend. 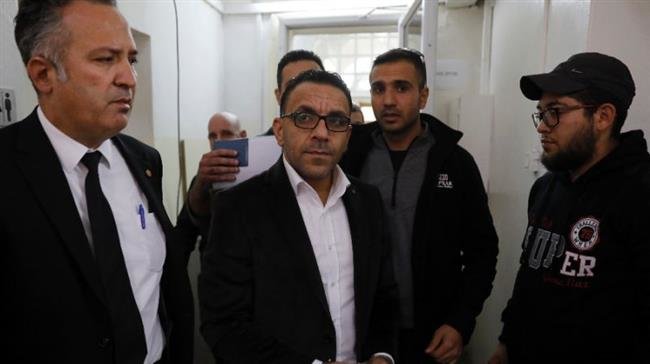 A lawyer for Gheith has said that the governor had committed no crimes, adding that "the feeling is that the police are trying to prevent the defendant from functioning in his position."

Israeli forces kidnapped Gheith in a dawn raid on his home in Silwan neighborhood on November 25.

Israeli authorities have provided few details on the reason for the kidnap, other than saying that it was over Gheith's collaboration with Palestinian Authority security forces.

Tel Aviv had already banned Gheith from entering the occupied West Bank for a six-month period.

Last month, the governor was arrested by Israeli forces and held in prison for two days before being released. He has also been taken for questioning a number of times in recent weeks after his office was raided on November 4.

The Palestinian Authority's Jerusalem al-Quds affairs minister, Adnan al-Husseini, has also been given a three-month travel ban by Israeli authorities.

Some media said Gheith's arrest came following the Palestinian Authority's arrest of an American-Palestinian man in October for selling property in East Jerusalem al-Quds to a Jewish buyer.

Fuad Hallaq, a senior adviser to the Palestine Liberation Organisation in Jerusalem als-Quds, said earlier this week that he believed the latest arrest was part of Israeli efforts to pressure the Palestinian leadership to release the man.

In his role, Gheith is responsible for overseeing operations of the Palestinian Authority in the neighborhoods within its jurisdiction on the outskirts of Jerusalem al-Quds.

The Palestinian government has decried the arrest of the governor in the occupied city. Government spokesman Yousuf al-Mahmoud accused Israeli authorities “of seeking to impose its hegemony and creating the impression that it has the upper hand in al-Quds."