TEHRAN, December 05 - Iran is carefully monitoring the next steps by some OPEC members and their allies which have “arbitrarily” ramped up oil production, leading to a crash in prices. 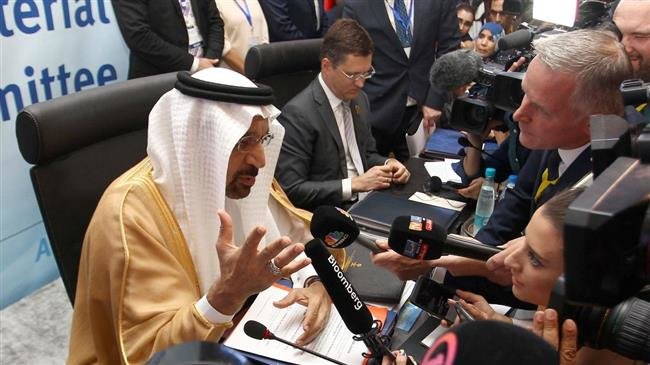 TEHRAN, Young Journalists Club (YJC) -They are to meet in Vienna on Thursday and Friday toward a deal to reduce output, but Iran's OPEC governor Hossein Kazempour Ardabili believes an agreement is unlikely to be reached.

Saudi Arabia, which has boosted its exports under pressure from the United States in recent months, is reportedly pushing for steep reductions in output from January, but Iran views it a political gimmick.

Ardabili says any meaningful cuts in production must be made by the countries which have pumped above their quotas in breach of a 2007 deal between OPEC and non-OPEC oil producers.

The deal is monitored by the Joint OPEC/Non-OPEC Ministerial Monitoring Committee (JMMC), which is dominated by Saudi Arabia and Russia.

Ardabili said the committee has unilaterally allowed certain members to produce above their quotas since May despite being “obliged to inform other OPEC members of any change in production and secure their consensus.”

According to the official, some OPEC members with “political motivations” and non-OPEC members motivated by an urge to get a better market share sharply increased production, which led to a $30 drop in oil prices from their highest point.

The production surge took place in the run-up to US President Donald Trump’s pledge to sanction Iran’s oil sector on Nov. 4 and later decide to give waivers to some customers.

Major producers such as Russia, Saudi Arabia, Iraq, the UAE and Kuwait pounced on the occasion to produce as much oil as they could, anticipating a steep drop in Iran’s exports which did not happen.

The move has frustrated many producers, prompting Qatar to announce that it was quitting OPEC to focus on gas in a swipe at Saudi Arabia.

“We are not saying we are going to get out of the oil business but it is controlled by an organization managed by a country,” Qatari Minister of State for Energy Affairs Saad al-Kaabi said on Monday.

“Examining the reasons for Qatar’s exit from OPEC is a necessity,” Iran’s Minister of Petroleum Bijan Zangeneh said on Tuesday. “OPEC has big problems from some oil producers which Qatar is not a part of,” he added.

“If some producers with limited capacity face a request for reduced production while they have no chance or capacity to increase output, there is the likelihood of further drop in membership by African and Latin American members,” he said.

Qatar has said it will attend the upcoming Vienna meeting and abide by its commitments, but the cooperation agreement between OPEC and non-OPEC producers runs out this month.

Ardabili said if the deal is to be extended, current production numbers should be changed, which he saw unlikely.

He chided “those members which have not only had no benevolent effect but have had a destructive role in recent months and become a political tool for certain members against Iran.”

"The cooperation agreement is unlikely to be renewed or at least some member states will not join it, in which case any renewal will be out of the question,” Ardabili said.

The official said OPEC’s aim, beside working toward balancing the oil market, is to guarantee “acceptable” oil income for its members.

At the moment, most members are being hurt by the drop in prices, while the few producers behind the crash are making normal earnings at the expense of their resources through stepped-up output and lower prices, he added.

“If certain countries harm other members with their production, there will be an economic war inside OPEC,” the official warned.

So far, OPEC members have lost $9 billion in total against $2.7 billion earned by the producers which have increased their production, he said.

Iran is suffering both as a result of lower prices and a decline in its oil exports because of the US sanctions.

“I believe it is very hard to predict a reduction in output because any cut should come from the countries which have boosted production,” Ardabili said.

“Hence, the five or six countries which have benefited from the situation should slash their output by 1.4 million to 1.8 million barrels per day at the minimum in order to return prices to an upward trajectory. But to reach such a consensus is highly unlikely.”

Saudi Arabia has indicated a need for steep reductions in output from January, but Russia is reportedly averse to a major cut.

Ardabili said Saudi Arabia and Russia are likely to propose the cutting to be undertaken by all members and then blame them for lower prices which they have caused themselves.

“Another view is that a cut in production may be accepted by some members, but their commitment would not be absolute and high.

“This could give a political signal to the US that ‘if you give Iran wavers, we will cut production’,” the official said.

“In other words, the main beneficiaries of the rise in production namely Saudi Arabia, Russia, Iraq and the UAE are virtually telling the US to intensify the sanctions or they will reduce production,” Ardabili said.

“This is an issue which, from the political point of view, we are taking note of and carefully following,” he added.