TEHRAN, December 13 -Israeli troops have shot dead a Palestinian man in the central part of the occupied West Bank, alleging that he attempted to ram his car into the regime’s forces. 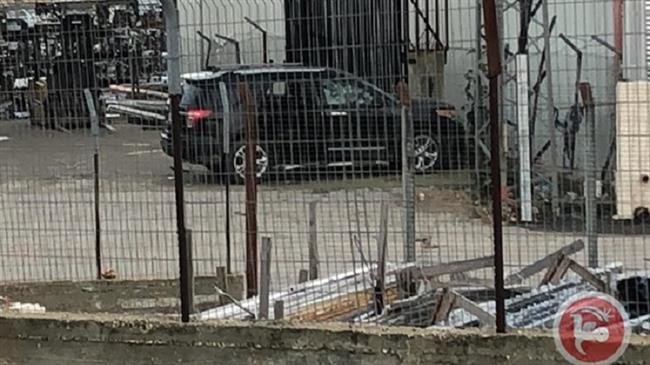 TEHRAN, Young Journalists Club (YJC) -The Palestine Health Ministry announced the news in a brief statement, adding that the unnamed Palestinian lost his life in the industrial area of al-Bireh, a neighborhood near Ramallah, on Thursday afternoon.

According to other reports, the 60-year-old man, who had owned an aluminum factory in the neighborhood, was shot by Israeli soldiers when his vehicle deviated from its path.

The Palestinian Ma’an news agency, citing a number of eyewitnesses, reported that the incident had been merely a car accident, as the driver saw the unexpected presence of the Israeli soldiers in his way and attempted to turn away from them before they heavily opened fire at him.

Meanwhile, the Israeli military said in a statement that the victim “attempted to run over” soldiers, lightly injuring one.

The Palestinian Red Crescent also announced that the Israeli forces had barred the group’s medical team from reaching the scene.

The fatal incident occurred hours after Israeli troops shot another Palestinian, accusing him of shooting dead two Israelis, wounding several others, one critically, at Asaf Junction, north of Jerusalem al-Quds.

Amid the heightened tensions, Israeli forces encircled the occupied West Bank city of Ramallah and sent in reinforcements.

Israeli troops also shot dead a young Palestinian over an alleged stabbing attack in the Old City of Jerusalem al-Quds earlier on Thursday.

The Israeli military regularly opens fatal fire on Palestinians, accusing them of seeking to attack its personnel.

Human rights groups have repeatedly slammed the Tel Aviv regime for its shoot-to-kill policy as a large number of the Palestinians killed at the scene of attacks did not pose any serious threat to Israelis.

Israeli troops have on numerous occasions been caught on camera brutally killing Palestinians, with the videos going viral online and sparking condemnations of the regime’s military.