TEHRAN, Jan 1 - President Mahmoud Abbas says Palestine will never allow the United States to sell Jerusalem al-Quds to Israel, reiterating that the occupied city will remain the eternal capital of the state of Palestine. 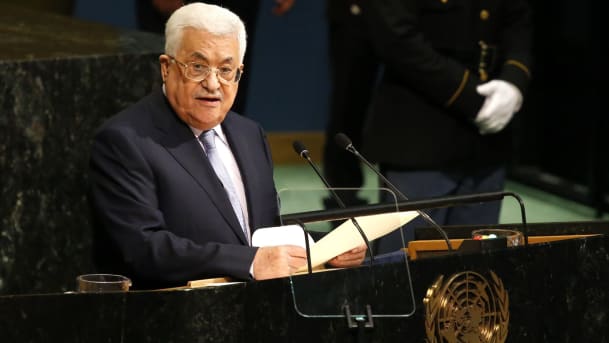 TEHRAN, Young Journalists Club (YJC) - Jerusalem al-Quds “is not for sale,” Abbas said in a speech marking the 54th anniversary of the Fatah party’s founding in the West Bank city of Ramallah on Monday.

“We will not allow anyone to advance a plot against Jerusalem (al-Quds),” he noted, stressing that the city “will remain the eternal capital of the Palestinian state, as the late President Yasser Arafat said that a Palestinian child will raise the flag of Palestine on the walls, minarets and churches of Jerusalem (al-Quds).”

Israel lays claim to the whole Jerusalem al-Quds, but the international community views the city’s eastern sector as occupied territory.

Israel occupied East Jerusalem al-Quds during the Six-Day War in 1967 and later annexed the city in a move not recognized by the international community.

US President Donald Trump sparked anger among Palestinians and the entire international community in December 2017, when he recognized Jerusalem al-Quds as the Israeli “capital.”

Abbas said that the embassy relocation would fail to undermine the right of Palestinians to Jerusalem al-Quds and would not cause them to give up their principles.