TEHRAN, Jan 3 - Two Palestinians have been injured during clashes with Israeli military forces, who were escorting a group of extremist settlers as they stormed Joseph's Tomb, a site venerated by Jews, Christians and Muslims. 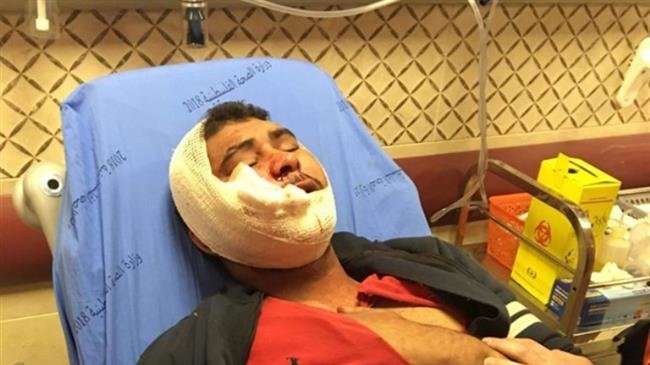 TEHRAN, Young Journalists Club (YJC) - Spokesperson of the Palestinian Red Crescent, Ahmad Jibril, said a Palestinian journalist, identified as Bakr Abed al-Haq, was shot in the leg by Israeli forces during the skirmishes near Joseph's Tomb located on the outskirts of the occupied West Bank city of Nablus, the Ma'an news agency reported Thursday.

A Palestinian paramedic also suffered wounds to his face, according to the report.

In a Facebook post, Haq said he and his cameraman -- both with Palestine TV -- were standing away from the scene and had their press vests on when they came under attack.

The Israeli military, he added, used live fire and rubber-coated steel bullets to disperse the Palestinians protesting the settlers' raid of the holy site.

Joseph's Tomb is situated in the West Bank's Area A, which is controlled by the Palestinian Authority; however, the Israeli military allows the settlers to visit the site without approval, and even escorts them into the place.

This is while the regime prevents Muslims from worshiping there.

Israelis claim the site contains the tomb of a rabbi, but the site is part of an old mosque where Muslim scholar Yousef Dweekat has been buried.

Palestinian locals say the Israel is planning to reoccupy the historical site after the regime's military left the place in 2000.

In another development on Thursday, Israeli soldier opened live fire on and fired tear gas at Palestinian students, who were leaving school in the northern occupied West Bank village of Tell in Nablus.

Israeli forces reportedly opened live fire at students of the Tell High School, followed by a barrage of tear gas bombs as they left their school. No injuries were reported.