TEHRAN, Jan 16 - The market for a little understood type of cannabis derived from the hemp plant is exploding in the United States. 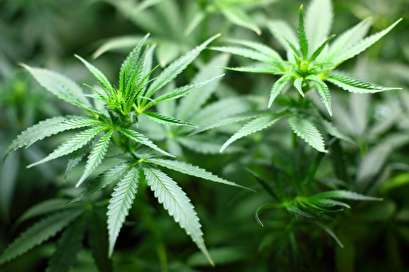 TEHRAN, Young Journalists Club (YJC) -The market for a little understood type of cannabis derived from the hemp plant is exploding in the United States.

The sudden demand for the chemical -- called cannabidiol, or CBD -- is being propelled by stories of it curing countless human health maladies.

Users claim it heals wounds, eliminates pain, defeats anxiety, cures cancer and Alzheimer's disease. The list goes on. In Florida, for example, Jim Strang said he gave CBD to a friend who had been exposed to Agent Orange and the man's rash disappeared. He then gave it to another friend in a coma -- she woke up.

"Right then, I knew," Strang said. "I decided to take all our money and buy a farm in Colorado and grow hemp, because we knew we were onto something big."

He's not the only one. The hype has producers all over the country scrambling to get in early to the nascent market. Farmers are converting their fields to hemp and extracting the oil. Bakeries are infusing it into cakes and cookies. Companies are making CBD vape pens, lotions and sprays.

"It's going to start healing our nation," said Christian Grantham, the owner of Half Hill Farm in Kentucky, which produces CBD oil. "We're going to start to see the ecology of our country change."

All the fervor has scientists loudly warning consumers to be skeptical. There is little to no scientific evidence that CBD can do the things producers claim.

"This is all based on personal, anecdotal evidence," said Tim Welty, a professor of pharmacy at Drake University in Des Moines, Iowa. "We don't have scientific evidence."

That's partly because there have been very few studies of CBD.

CBD is a compound found in mostly in hemp, but also in marijuana plants. The chemical does not make users high, like marijuana's THC does. Still, the federal government banned hemp, along with marijuana, decades ago, which is why there has been so little scientific research on the plant.

Hemp became legal just last month with the passage of the 2018 farm bill, creating the sudden intense demand for CBD. Scientists are trying to catch up.

"The best studies, which compare CBD to a placebo, are only just being done," said Cecilia Hillard, a professor of pharmacology and the director of the Neuroscience Research Center at the Medical College of Wisconsin. "We really have to wait a while to see those results."

The one thing scientists have thoroughly studied is CBD's effectiveness in treating certain kinds of seizure disorders, Hillard said. Studies show it does reduce seizures in some people. The Food and Drug Administration recently approved the first CBD-based drug to treat seizures, called Epidiolex.

Other, much smaller, studies have indicated CBD might be useful in treating schizophrenia and opiate addiction, Hillard said. It could also have anti inflammatory properties, and it may be helpful as a sleep aid.

But it is too soon to say for certain how effective the chemical will be in these areas.

"It really bothers me that it is being touted to treat everything," Hillard said. "I worry it will dissuade drug companies from putting money in to show what it actually can do."

But the lack of real scientific data hasn't slowed the demand for CBD products. And that is creating other kinds of problems.

Because it is such a new industry, there is little regulation over the CBD products appearing on the market. That means no one is watching to make sure those products are what they claim to be, Welty said.

Studies that have analyzed the contents of artisanal CBD products have shown that the amount of CBD present in the product is often different from what the packaging claims, Welty said. Furthermore, some of those products contain dangerous levels of herbicides, pesticides, fungicides and heavy metals.

"If you buy an artisanal product, you have no idea what you're really getting," Welty said. "There needs to be regulation."

That regulation is likely coming. Shortly after hemp became legal, the FDA released a strongly worded statement warning producers that they cannot use health claims to sell CBD.

"Selling unapproved products with unsubstantiated therapeutic claims is not only a violation of the law, but also can put patients at risk, as these products have not been proven to be safe or effective," the statement said. "This deceptive marketing of unproven treatments raises significant public health concerns, as it may keep some patients from accessing appropriate, recognized therapies to treat serious and even fatal diseases."

But since releasing that statement, the government shutdown has stopped the FDA from making it clear how it intends to regulate CBD.

It may classify it as a pharmaceutical drug, which would require it to be thoroughly tested -- and proven safe and effective -- before it can be sold.

Such a move would basically kill the emerging industry.

"That would be a disaster for the farm community," said Laura Freeman, owner of Mount Folly Farm in Kentucky. "A disaster."

Freeman recently converted her farm to hemp in order to produce and sell CBD oil. Like so many other CBD producers, Freeman was turned onto the product after seeing it work in her own life.

In 2005, she was thrown from her horse and suffered a traumatic brain injury. She said she was in terrible pain, until a friend offered her CBD to try.

"The pain went away -- boom," Freeman said. "I was like, holy cow, we are growing this stuff."

CBD producers like Freeman hope that the FDA will classify it as a dietary supplement. Such a classification would allow for much-needed regulation, without killing the CBD industry, said Erica McBride Stark, executive director of the National Hemp Association.

"Frankly, the industry needs to be regulated," Stark said. "But we want reasonable regulation that gives people a path to produce these products."