TEHRAN, Jan 16 -The chief commander of the Islamic Revolution Guards Corps (IRGC) has vowed to protect Iranian military advisors in Syria, dismissing as "ridiculous and funny" Israeli threats to attack them. 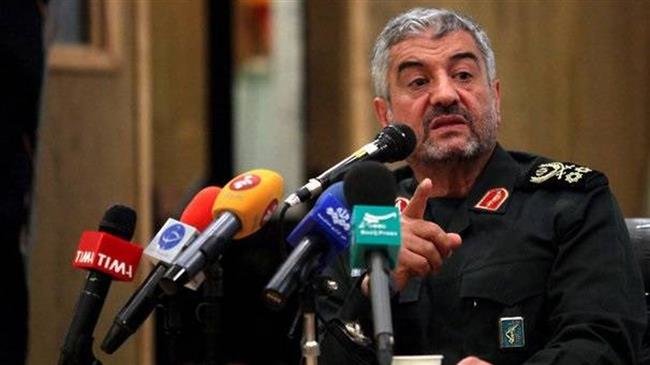 TEHRAN, Young Journalists Club (YJC) -"We will protect all of the military advisors as well as weapons and equipment that we have deployed to Syria in order to reinforce the Islamic resistance fighters and support the people of this Islamic country," Major General Mohammad Ali Jafari said Wednesday.

The remarks came in response to fresh threats by Israeli Prime Minister Benjamin Netanyahu, who said Tuesday that Israel "won't stop attacking" Iranian military advisors in Syria unless they evacuate the country.

Israel views the Islamic Republic’s advisors in Syria as a threat and has openly pledged to target them out until they leave the country.

The Israeli air force has staged repeated air raids against Syrian military bases that it claims are used by Iranian military advisors.

"Rest assured that your ridiculous threat means nothing to us," Jafari said of Netanyahu's words.

He noted there was a reason Iran remained patient in the face of Israel's "desperate measures" in Syria, warning Netanyahu that he would soon find out what that reason is.

"Just beware that you are twisting the lion's tail," the general said. "Fear the day that Iranian precision-guided missiles come down on your head roaring, and avenge all the blood that you have shed from the oppressed Muslims in the region."

Netanyahu 'biting off more than he can chew'

"We will teach them how to talk and walk if necessary," he said.

Qassemi called Netanyahu's threats "pointless propaganda" and said, "he would have resolved the Israeli-Palestinian conflict if he could do anything."