Trump assures his party about sticking to his Syria, Afghanistan policy

TEHRAN, Jan 17-US President Donald Trump has reassured the GOP that he would stick to his plans for troop pullout from Syria and Afghanistan. 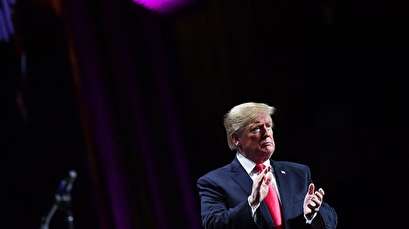 TEHRAN, Young Journalists Club (YJC) -US President Donald Trump has reassured the GOP that he would stick to his plans for troop pullout from Syria and Afghanistan.

Trump made the comment among a group of Republican senators at the White House Wednesday evening.

Trump’s decision to pull out of Syria and reduce forces in Afghanistan has been met with some opposition.

Kentucky Republican Senator Rand Paul, a libertarian conservative, is among those supporting the president.

“I really am proud of the president for making an argument that really no president in recent history has made and that is that we’ve been at war too long in too many places and he’s really going to make a difference,” Paul said after meeting with Trump. “Not only is he following through with his Syria policy, I really do think there will be changes in Afghanistan as well… If you look at the polling data for the American people, I think the American people are with the president and they’re tired, frankly, of both parties who are unwilling to stand up and say enough is enough.”

The American senator further noted that the Unite States needs “to learn” how to brand the War on Afghans a victory.

“But the president, I think, is willing to acknowledge that America’s longest war needs to come to a close and that we need to learn how to declare victory,” he added.

“I will tell you that if you look at his language and his tweets on endless war and you hear him talk about how long this has gone on, I think you’re really seeing one of the extraordinary things that people couldn’t figure out: How did Donald Trump get elected? It was because he doesn’t fit neatly in a box. He was a different kind of Republican who actually looked at the issues of war and said, ‘You know what? We ought to think of America first,’ ” Paul said.