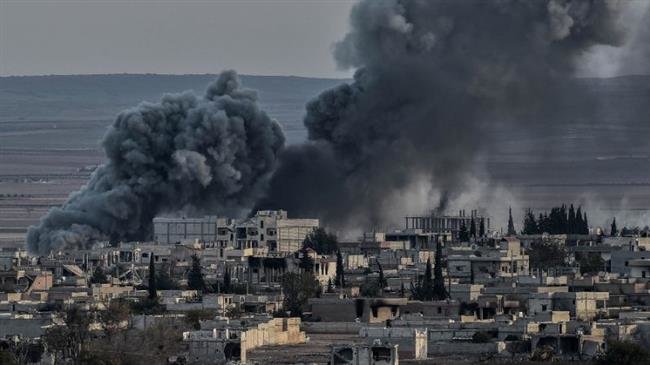 On November 13, the Syrian Ministry of Foreign Affairs and Expatriates stated that continued airstrikes by the US-led coalition against ordinary people and civilian targets show the alliance’s reckless disregard for the UN Charter as well as international law.

The ministry, in two separate letters addressed to UN Secretary General Antonio Guterres and the rotating president of the Security Council Francisco Antonio Cortorreal, said that the crimes being perpetrated by the US-led coalition attested to the fact that the alliance had only sought to nurture Daesh and help it expand.

The ministry then called on the UN Security Council to shoulder its responsibilities, and adopt immediate and effective measure to stop US-led airstrikes, mass killings and systematic destruction of Syria’s infrastructure.

It also demanded the establishment of an independent and impartial international mechanism to investigate the crimes, punish the perpetrators and compensate the families of victims.

The letters highlighted that the continued silence of the Security Council against these attacks, neglect of its responsibilities to maintain international peace and security and its inaction to prevent war crimes and crimes against humanity would lead to a very disturbing culture of impunity and would thus undermine the Council, the UN General Assembly and other major world bodies.