EU ready to postpone Brexit date from March to May: Austria

TEHRAN, Jan 24 - Austrian Chancellor Sebastian Kurz has said that the European Union would be ready to delay Britain’s withdrawal from the bloc for another two months. 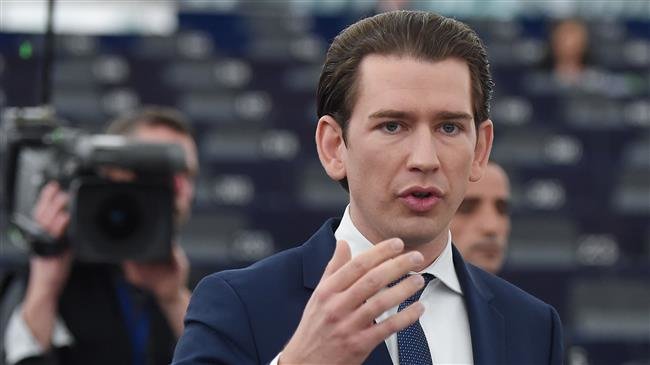 TEHRAN, Young Journalists Club (YJC) -Kurz, whose country held the rotating EU presidency during intensive Brexit negotiations last year, said the bloc would prefer to have an extension to Britain’s EU membership, which officially expires on March 29, until European Parliament elections set for May.

He said such an extension would be possible if Britain is willing to delay its exit from the EU to reach a better compromise on divorce terms and how future relations would work.

“There is an awareness in Great Britain that the European Union is prepared to do everything to avoid a hard Brexit, also prepared if necessary to postpone the withdrawal date, but of course Great Britain must also want that,” said Kurz while speaking at the World Economic Forum in Davos, Switzerland.

The comments come amid growing calls in the UK for Prime Minister Theresa May to extend the Article 50 of EU’s Lisbon Treaty, which allows the UK to leave the EU, so that the parliament and the government could reach a consensus on how Brexit should happen.