TEHRAN, Jan 26 -The decision says that the U.S. military has no legal authority to pay claims alleging injury or death from exposure to water-borne contaminants from the 1950s to the 1980s. 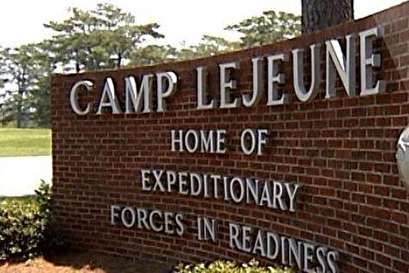 The decision, announced on Thursday by Secretary of the Navy Richard Spencer, says that the U.S. military has no legal authority to pay claims alleging personal injury or wrongful death from exposure to water-borne contaminants from the 1950s to the 1980s.

Two contaminated wells, found to contain trichloroethylene, perchloroethylene and benzene, were closed in 1985 but those rotating through the base, including military personnel and their families, had already been exposed to the contaminants for decades. Some claimants filed lawsuits against the U.S. government, which were dismissed in 2016 because they were precluded by the terms of the Federal Tort Claims Act.

The claims total $963 billion in damages, although one claimant alone sought $900 billion.

A 2018 study confirmed that industrial chemicals in contaminated drinking water wells at the Marine Corps base was linked to an increased risk for bladder cancer, kidney cancer and kidney disease for people who lived or worked there from the 1950s to 1985. It was also determined by the Agency for Toxic Substances and Disease Registry that the contaminated water likely was a factor in increased risks of adverse birth outcomes and other health effects.

The Department of Veterans Affairs estimates that up to 900,000 service members were potentially affected by the contaminated water. In 2017, the government set aside $2 billion for disability benefits to veterans diagnosed with leukemia, liver cancer, Parkinson's disease and 12 other categories of illness.

"There is no legal way for the Department of the Navy" to pay damages, Spencer told NBC News. "We are denying the claims to free everybody to take their own course of action."

Claimants have six months to appeal the decision, and Thursday's denial of claims will not impact care for those already receiving disability treatment from the Department.

Spencer's decision, he said, resulted from North Carolina law, which specifies a 10-year limit for an injured party to file a civil claim. He also cited the camp's exemption from the Federal Tort Claims Act, which protects the government from lawsuits in which negligence is not established, and the "Feres doctrine," based on a 1950 case which prohibits service members from suing the government for personal injuries while performing their duties.

"I wanted to come to closure on this. Kicking it down the road provided no value," Spencer said on Thursday in announcing the decision. He added that claimants can "work with Congress" if additional disability benefits can be provided.