TEHRAN, Jan 21 - Syrian air defenses intercepted and destroyed most of the Israeli guided missiles fired from ground and air in several rounds over capital city of Damascus before they hit targets. 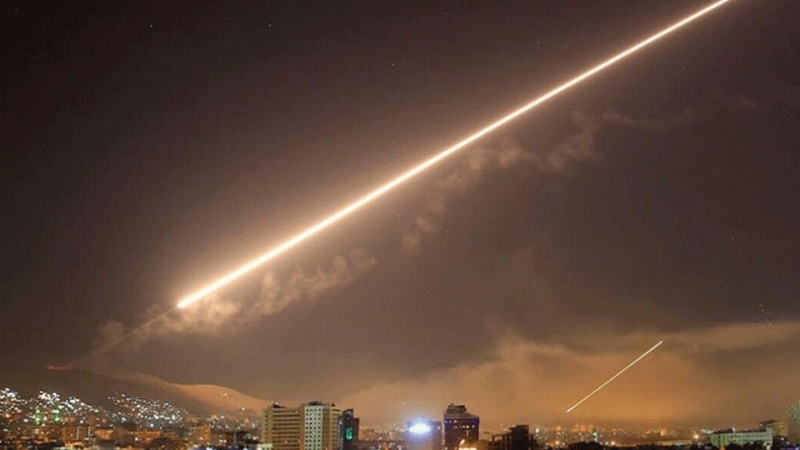 In a brief statement on Twitter, the Zionist army warned the Syrian army "against attempting to harm Israeli forces and territory or retaliatory attack."

Witnesses on the ground reported hearing explosions above Damascus ring out throughout the city. Images posted on social media show bright flashes in the sky as missiles were apparently destroyed mid-flight.

Syrian air defenses intercepted most of the Israeli missiles at 01,10 o’ clock on Monday local time
Reports on social media indicated that Israel conducted several rounds of strikes over more than half an hour using various types of weapons.

The attacks reportedly proceeded deep into the night and stopped around 2 a.m. local time.

SANA, citing its own correspondent, reported that the missiles were flying over the Lebanese territory and the Galilee Panhandle and Lake Tiberias, the northernmost part of Israel, bordering Lebanon.

Earlier on Sunday, Syrian air defenses repelled another Israeli air raid on southern region. According to the Russian Defense Ministry, four Israeli F-16 launched guided missiles into the Syrian territory. Seven missiles were intercepted, with no damage reported on the ground.

On December 26, Syrian air defenses confronted a number of hostile flying objects over the countryside west of Damascus.

The Tel Aviv regime has recently increased its airstrikes on Syria. The Syrian government has on multiple occasions slammed the Israeli regime's aggression and also warned about the “dangerous repercussions” of Israeli airstrikes on its territories.

Israel is widely believed to have been providing weapons to anti-Damascus terrorists and militants as well as medical treatment to Takfiri terrorists wounded in Syria inside the occupied Golan Heights.