TEHRAN, May 05 - Pakistan's Finance Ministry has appointed an IMF economist to head its central bank amid ongoing talks with the international lending agency over a key $8 billion bailout package. 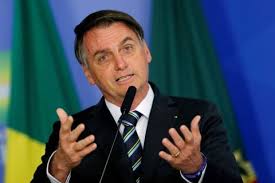 TEHRAN, Young Journalists Club (YJC) - The ministry named Reza Baqir as governor of the State Bank of Pakistan late Saturday, hours after Tariq Bajwa was dismissed from the post. The head of a tax collection body, Jahanzeb Khan, was also dismissed.

Bajwa and Khan were part of the team holding talks with the IMF in Islamabad, which the government expects to wrap up Tuesday.

To secure the bailout, the IMF wants Pakistan to broaden its tax base, levy new taxes and raise electricity and gas rates. But amid soaring prices, Prime Minister Imran Khan's administration has been reluctant to accept some conditions to avoid street protests.