Pakistani Prime Minister Imran Khan says his country is keen to complete the construction of a much-delayed pipeline designed for receiving Iran’s natural gas, weeks after he paid a visit to the neighboring state. 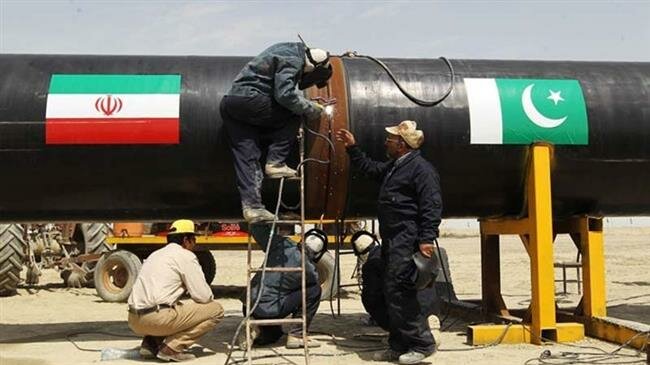 He has also urged Pakistani Foreign Minister Shah Mahmood Qureshi to adopt the necessary measures and work to solve all issues with Iran pertaining to the project through mutual understanding and reconciliation.

The prime minister said Tehran and Islamabad should work jointly and review the agreed price of the gas and also complete the project.

Khan further described the sanctions against Iran as the biggest hurdle for the implementation the mega project.

While Iran has completed its part of the gas pipeline project with a total investment of above $2 billion of investment, Pakistan has fallen behind the target to take delivery of gas, initially scheduled for 2014.

The joint project was launched in 2010 and aims to construct 1,800 kilometers (over 1,100 miles) of pipeline from Iran to Pakistan.

Iran plans to deliver 21.5 mcm/d of gas to Pakistan through the project.

Iran has repeatedly called on energy-starved Pakistan to initiate work on its part of the gas pipeline, but those pleas have fallen on deaf ears except for pledges from some Pakistan officials that they were still committed to the project.

Iran’s Minister of Petroleum Bijan Zangeneh said in January 2018 that Pakistan is not cooperating on the construction of a much-delayed pipeline to pump natural gas to the country.

“Pakistan has been falling short and is not cooperating on the construction of the pipeline. It is likely that the US and Saudi Arabia have been doing some sort of sabotage,” the minister said, acknowledging a long-held view that Pakistan was under pressure to follow other options, including the construction of the Turkmenistan-Afghanistan-Pakistan-India (TAPI) gas pipeline.

The directives were issued after the Pakistani prime minister made his first historic visit to Iran in April at the head of a high-ranking political and economic delegation, the

During his two-day stay in Tehran, he held important meetings with Leader of the Islamic Revolution Ayatollah Seyyed Ali Khamenei and Iranian President Hassan Rouhani.