TEHRAN, May 10 - A former American intelligence analyst has been arrested in the United States for allegedly handing classified information regarding the country’s drone strike program to a journalist. 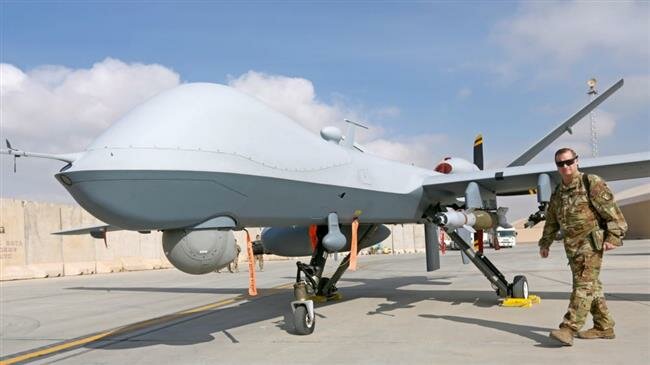 TEHRAN, Young Journalists Club (YJC) -Daniel Everette Hale was arrested on Thursday on five criminal charges, each of which carries a maximum of ten years in prison, according to a statement issued by the United States Justice Department.

According to the indictment, the 31-year-old resident of Nashville, Tenessee, had been enlisted as an airman in the US Air Force from 2009 to 2013. Hale had been assigned to work for the National Security Agency (NSA) and had been deployed to Afghanistan as an intelligence analyst during his service.

After leaving the Air Force in 2013, Hale started working as a political geography analyst at the National Geospatial-Intelligence Agency (NGA) under the US State Department.

The indictment claimed that Hale began communicating with an unnamed reporter while assigned to work for the NSA by the Air Force in 2013.

Having retired from the military and working for the NGA in 2014, the ex-airman allegedly printed 36 documents from his “Top Secret” NGA computer and passed a number of the documents to the journalist.

The classified documents were later published by the “reporter’s online news outlet.”

Observers believe the description of the alleged leak may be related to work done by journalist Jeremy Scahill, who wrote a book named “Dirty Wars” in 2013 criticizing the US’s global drone program, which had largely been expanded under President Obama.

In 2015, investigative news website The Intercept also published a series of reports written by Scahill and other reporters under the name of “The Drone Papers.”

In the series, The Intercept claimed that a source had leaked classified documents related to the drone program because the American public had “a right to understand the process by which people are placed on kill lists and ultimately assassinated.”

Speaking about the arrest on Thursday, Jesselyn Radack, an attorney for Hale, told Reuters that the case had been “dormant” for a number of years before being revived.

“His case is part of a coordinated campaign to reinvigorate the draconian Espionage Act and deprive the public of information about some of our most controversial government programs,” she said, referring to a US federal law.

The Intercept also decried the alleged whistleblower’s arrest in a Thursday article, saying that the leaked documents “detailed a secret, unaccountable process for targeting and killing people around the world, including U.S. citizens, through drone strikes.”

“Following in the dangerous path of the [former US president Barack] Obama administration, the [President Donald] Trump administration is continuing to use the Espionage Act to prosecute whistleblowers who enable journalists to uncover disgraceful, immoral, and unconstitutional acts committed in secret by the U.S. government,” read the article.

“The alleged whistleblower faces up to 50 years in prison. No one has ever been held accountable for killing civilians in drone strikes,” it said.

The Intercept, however, declined to comment on the identity of its own sources.

The use of drones on the pretext of fighting al-Qaeda widely expanded under former Obama.

In 2013, The Intercept reported that documents had revealed US special operation strikes had killed more than 200 people between January 2012 and February 2013 during “Operation Haymaker” in northeastern Afghanistan.

Earlier this year, Trump canceled an Obama-era policy of reporting deaths caused by US assassination drones, including a provision that required the CIA to come to “near certainty” of no civilian casualties before launching a strike.