TEHRAN, May 27- An Iraqi court has sentenced to death a fourth French citizen for his suspected membership in the Daesh Takfiri terrorist group and committing crimes, a day after three others were also condemned to capital punishment over the same charge. 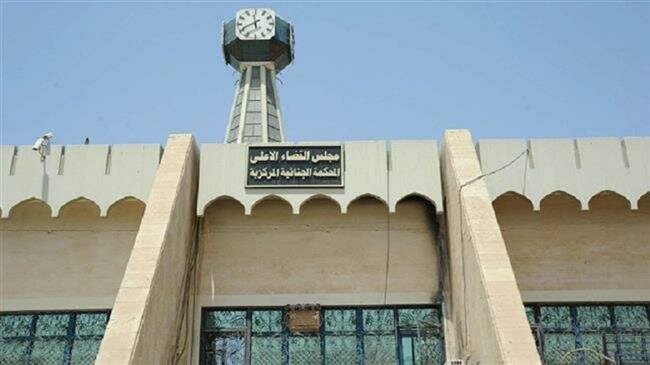 TEHRAN, Young Journalists Club (YJC) -Iraqi Judge Ahmed Mohammed on Monday sentenced Mustafa Mohammed Ibrahim, 37, to death by hanging, saying to the suspect that “the evidence and the confession show that you joined the Daesh Takfiri terrorist group, and that you worked in its military branch.”

The Daesh suspect was from France’s Mediterranean city of Nice, with Tunisian origin.

The court also postponed the verdict for a fifth French man, identified as Fadil Hamad Abdallah, 33, of Moroccan origin, after he testified to being allegedly tortured in detention. The judge referred him to a medical committee for investigation and set the suspect’s next session to be held on next Sunday.

The judge also postponed the sentencing of three other Frenchmen until next Monday.

On Sunday, the criminal court in the capital Baghdad also sentenced three other French citizens to death for joining the terror group and carrying out criminal operations. The three suspects, identified as Kevin Gonot, Leonard Lopez and Salim Machou, have 30 days to appeal their sentences.

The French government says the Iraqi court has jurisdiction to rule in the cases.

The Frenchmen on trial are among 12 French members of the terror group. Back in January, the US-backed Syrian Democratic Forces (SDF) had handed over them to Iraqi forces.

Iraqi prosecutors say the 12 French citizens had been parties or accomplices to Daesh crimes, and had threatened the national security of Iraq.

On June 3, 2018, an Iraqi court sentenced French citizen Melina Boughedir to life in prison for her suspected membership in the Daesh terror group.

Arrested in the summer of 2017 in Mosul, the former de facto capital of Daesh, Boughedir was initially sentenced to seven months in prison by a court in February last year for “illegal” entry into Iraq and was set to be deported to her home country.

However, another court ordered her re-trial under Iraq’s anti-terrorist law and the French woman was found guilty of being a member of Daesh.

Iraq has been trying hundreds of suspected Daesh members, many of whom were detained as the outfit’s strongholds crumbled throughout Iraq. This includes hundreds of foreigners.

Hundreds of European nationals traveled to the Middle East to join Daesh after the terror group captured large swathes of territory in Iraq and neighboring Syria in mid-2014.

Former Iraqi prime minister Haider al-Abadi declared the end of military operations against Daesh in the country on December 9, 2017.

On July 10 that year, he had formally declared victory over Daesh in Mosul, which served as the terrorists’ main urban stronghold in the Arab country.