Majlis Speaker: We know how to quell ISIS 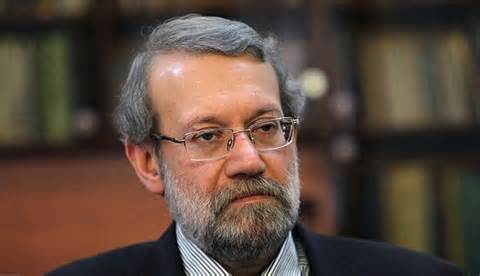 Ali Larijani who was providing comments on the latest regional developments commented on allegations that Iranian forces have been arrested by the ISIS in Iraq and said "If they had arrested Iranian forces in COB Speicher they would have broadcast it. So these things are mere allegations.”

"Iraq needs forces right now. It even needs organization and management to cope with the attacks that have been directed at its military and security premises,” asserted the Majlis Speaker, adding "We will offer all sorts of help to Iraq as a neighbor and friend. But they have asked us for forces whereas the Iraqi issue is not solved with forces.”

In response to claims that the ISIS has approached Iranian borders he stated "The ISIS know that they cannot set for combat with Iran because they are just a small-time and our experience tells us how we can subdue them.”

"A very dark future is awaiting the ISIS. They are going downhill. This is the most they could have done. Hence they will not be able to show great operational power,” Larijani stated.

He also provided to the talks on Iran’s nuclear program and said "In the negotiations past little steps have been taken while there remain disagreements that need to be solved before general agreement is reached. Reading the text of the agreement we discern a sort of excessive demand there.”

The Majlis Speaker added "Some countries seem to like putting up a show, they think Iran is doing the same. We need no show. We have gained the nuclear technology which is a real thing. We are not trying to let’s say create a scarecrow out of the nuclear program. For some of their offers, one thinks that these countries mean to play some sort of game rather than to solve the nuclear case.”

"There are disagreements which go deep in certain occasions, while some others are approachable. There is no disagreement on the general issue of enrichment, it is rather in the amount, where disagreements are huge,” he further pointed out.

Also pointing to his outlook of the future Iran-US relations he said "I think that with what the US does in the region we have much disagreement. We do not see the disagreement on Palestine as little. This with continue even if the nuclear case is resolved.”

"The problem is that Americans do not know the region. They create some sedition based on a special perception and, since they do not know how to solve it, they leave as it is,” he said.

Larijani added "Such has been the US behavior in the region. Since 2011 terrorism has grown in the area to become what we have now. So disagreements with the US stem from their inability to see the reality.”

"Now the time for domination is over. Americans have to understand that savagery works no more and that they are creatures with their teeth pulled out. They no longer have the former prestige. They have to use their brain more than their teeth,” he maintained.

"The American way in coping with terrorism is faulty in fake, because at the same time they say they are fighting terrorists they socialize with them behind the scene, they help them, give them money and arms. This is a strategic mistake to think that they can make strategic use of the terrorists,” he mentioned.

Also providing comments on the future PM and government of Iraq he said "Iraq is a successful experience of democracy in the region. Our will is a national integrity government.”

Asked about Iran’s stance against the new UN envoy to Syria Staffan de Mistura he said "We do not see it very pessimistically, but yet we are not much optimistic either.”

"I have to regret to say that when the UN Secretary General speaks like that about Gaza it disappoints one utterly. How can he see just one side?”

"It is a disgrace for the UN to endorse the Zionist regime on a clear instance like this by consoling them for a couple of small missiles that have struck there, unable to see all those signs of crime in hospitals, schools, in the street and in houses. This is what proves that the UN has turned into an empty vessel.”

Pointing out that there is the possibility of growing relations between Iran and Saudi Arabia he asserted "I do not think that any great change has taken place. There is the former standstill. Whatever has sued to be continues right now.”

"We hold a lot of respect for the Saudi and for Saudi Arabia and other countries as the children of the Islamic nation, despite things that they say in media to imply that there is some rivalry, which we don’t have. We do not believe in such things. The basics of the Islamic revolution are integrity for the Islamic nation,” the parliament speaker further mentioned.

He then pointed to the affairs of Bahrain and stated "The Bahrain issue would have been solved much earlier than this had there been no military intervention and no crackdowns as happened. There is the majority current in Bahrain which says that it lacks political-social rights. The approach that Iran used to recommend was for them to get somewhere through negotiations, but some of them did not want this. The crisis was just prolonged and grew old. Now the wound is old and curing it has become more difficult. But again we recommend that the problems have to be solved through political talks.”