SAO PAULO, Aug 17, 2014 (AFP) - Russia's embargo on US and EU food products has opened a window of opportunity for Latin America, which could capitalize on the Ukraine crisis to become a major food supplier to Moscow. 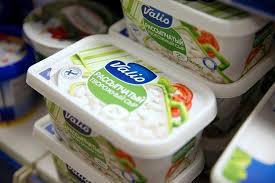 Furious over the sanctions Western countries have imposed on Russia over its support for Ukraine's separatist rebels, the Kremlin announced on August 7 it was placing a "full embargo" on most food imports from the United States and European Union.
That could enable major Latin American food producers like Brazil, Argentina, Chile and Mexico to get a foothold in the Russian market, analysts told AFP.
But challenges abound, including long shipping distances, production costs, the difficulty of scaling up production to meet massive Russian demand, and the political tensions such exports could create with Western allies.
"This could motivate Latin American companies to turn toward the Russian market. It would be with considerable caution though, because of the political situation," said Mexican academic Jesus Valdes Diaz de Villegas of Iberoamericana University's business department.
Such a move would have to come from private firms, "without any kind of statement of support for Russia on the part of the government," he said.
Russian President Vladimir Putin reached out to Latin America last month on a six-day tour that included a stop in Brazil, the region's largest food producer.
Moscow then sealed import deals with two dozen Brazilian poultry companies and five pork producers, just days before announcing its Western import embargo.
Russian health regulators have since granted new import permits to 87 meat producers and two dairies in Brazil.
"From the commercial point of view, it's an opportunity for Brazil. From the political point of view, it's a problem Brazil will have to deal with," Jose Augusto de Castro, the director of the Brazilian Foreign Trade Association, told AFP.
The South American country's bilateral trade with Russia totaled $3 billion in the first six months of the year, $563 million of it in beef.
Castro estimated the country's additional exports to Russia this year could add up to an extra $300 million to $500 million over previous years.
- 'Strictly business' -
=======================
Other Latin American countries are smelling similar opportunities.
Russia is currently just the sixth-largest market for Chilean food exports, but businesses there have been in talks with Russian officials to increase exports of fruits and fish.
"The Russians have asked us to help them find suppliers," said Diego Vicente, the manager of the National Agriculture Society's Russia-focused Business Development Platform.
The Russian embargo is an "opportunity" for Chile, said the director of the country's International Economic Relations office, Andres Rebolledo, insisting it was "strictly a business matter."
Russian officials have also been in contact with Argentine farmers.
"We've gotten a lot of requests from Russia, mainly in citrus, dairy and meats," said Matias Garcia of the Argentine-Russian Chamber of Commerce and Industry.
"Consultations have increased, because the major Russian distributor has to replace the products it used to import from countries like Germany, Italy or Holland. There's unprecedented potential."
But he said insufficient production capacity and finding mutually attractive prices could pose obstacles.
For Mexico, which currently sends just one percent of its exports to Russia, the situation provides an opportunity to diversify its partners and reduce its food industry's dependence on the United States.
Currently, Mexico runs a trade deficit with Russia, but the embargo could change that, said Antonio Gazol Sanchez of the National Autonomous University of Mexico's school of economics.
"Now an opportunity has opened to balance our trade with Russia if we take advantage of the gap the European Union is leaving," he said.
AFP
Share to
Related News
New mercury threat to oceans from climate change
New mercury threat to oceans from climate change
Tags
Russian ، food ، embargo ، Latin America
Your Comment