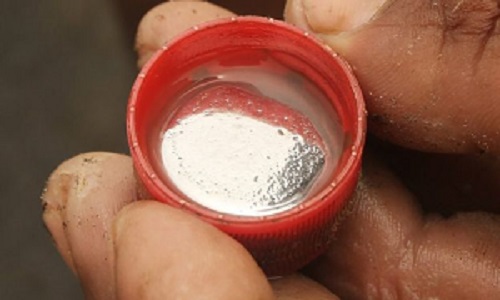 The most common form of exposure to mercury is by eating fish containing methylmercury, an organic form of the chemical which forms when bacteria react with mercury in water, soil or plants.
Levels of mercury in the world's ecosystems have increased by between 200 and 500%, since the industrial revolution say experts, driven up by the use of fossil fuels such as coal.
In recent years there are have been concentrated efforts to limit the amount of mercury entering the environment, with an international treaty, called the Minamata Convention, signed by 136 countries in place since 2013.
But this new study suggests that climate change could be driving up levels of methylmercury in a manner not previously recognised.
In a large laboratory, Swedish researchers recreated the conditions found in the Bothnian sea estuary.
They discovered that as temperatures increase, there is an increased run-off of organic matter into the world's oceans and lakes. This encourages the growth of bacteria at the expense of phytoplankton.
"When bacteria become abundant in the water there is also a growth of a new type of predators that feed on bacteria," lead author Dr Erik Bjorn from Umea University in Sweden told BBC News.
"You basically get one extra step in the food chain and methylmercury is enriched by about a factor of ten in each such step in the food web." 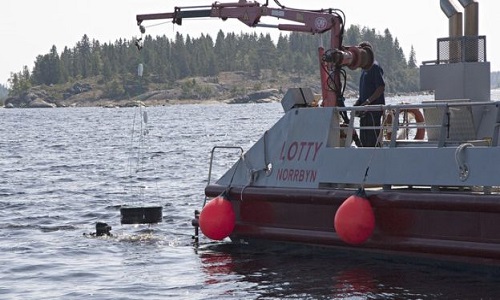 Under the warmest climate scenario suggested by the Intergovernmental Panel on Climate Change, there would be an increase in organic matter run-off of 15-20% by the end of this century.
This in turn would see levels of methylmercury in zooplankton, the bottom link in the food chain, grow by between two and seven fold.
source : BBC
Share to
Related News
New mercury threat to oceans from climate change
Russian food embargo smells like opportunity for Latin America
Hamas says invited for Cairo truce talks
Hollywood: a peddler of U.S. political propaganda
Far from Home, Malian Refugees Strive to Rebuild Their Lives
Poverty on the rise in Europe
Tags
fish ، sea food ، oceans ، climate change ، concerns
Your Comment