Monday, 26 October 2020_Israeli officials say Oman is likely the next Arab country to normalize ties with Israel after the United Arab Emirates, Bahrain, and Sudan reached normalization deals with the Tel Aviv regime. 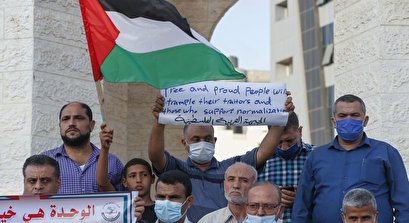 Israel’s Channel 12 cited sources in the Israeli regime as saying that the Israel-Oman normalization deal was even potentially possible before the US presidential election on November 3.

However, they stressed that the agreement could take more time, as Muscat would likely wait to see where political winds were blowing in the US before making any major decisions.

Israel and the Persian Gulf Arab regimes have increased their contacts in recent years.

Sultan Qaboos died in January and was replaced by his cousin Haitham bin Tariq Al Said.

Oman hailed the accords between Israel and the UAE and Bahrain last month.

The UAE and Bahrain signed the controversial agreements to normalize ties with Israel at the White House on September 15, amid outrage across Palestine and the Muslim world.

Israel on Sunday unanimously approved the normalization deal with Bahrain, minister of settlement affairs Tzachi Hanegbi told Army Radio. The deal now awaits parliamentary ratification. A date for that vote has yet to be set.

According to the Times of Israel, Yossi Cohen, the director of the Israeli spy agency Mossad, said he believes Saudi Arabia will normalize relations with Israel, but will do so after the US election, to capitalize fully on such a move with the next president.

Jordan and Egypt were the only two Arab states that have diplomatic ties with Israel, before the recent accords.

On Friday, Sudan’s junta regime agreed to normalize ties with the regime in Israel after the US removed the African state from its terrorism blacklist and offered it financial aid in exchange.