Wednesday, 27 October 2020 (YJC)_ A senior Trump administration official has tested positive for the coronavirus after a trip to Europe. 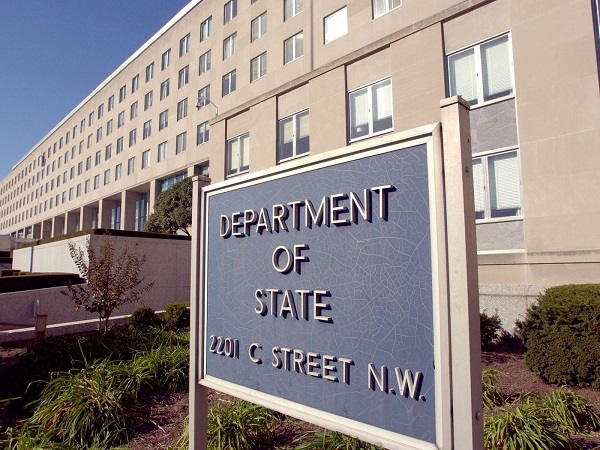 A senior Trump administration official has tested positive for the coronavirus after a trip to Europe, sparking concerns over transmission of the virus among government personnel.

Peter Berkowitz, the director of policy planning at the State Department, met with officials at 10 Downing Street and the Foreign Office in London. He also had meetings in Paris and in Budapest, with Hungarian State Secretary Peter Sztaray and Deputy State Secretary Ferenc Dancs, earlier this month.

The diagnosis was first reported by The Washington Post, and an official told the paper that Berkowitz was inconsistent in following mask-wearing and social distancing guidelines.

The State Department denied that Berkowitz was lax in following health guidance.

“During all of Director Berkowitz’s engagements abroad, he consistently followed the mask-wearing protocol demonstrated by his counterparts from the host government. As Secretary Pompeo has said, we take the threat posed by COVID-19 very seriously, and extend every precaution to protect each member of our team as we carry out our diplomatic engagement during these unprecedented times,” a State Department spokesperson told The Hill.

“We are closely monitoring daily COVID-19 developments, and continue to apply the best science and the current public health recommendations to support the entire team as we continue to achieve results on behalf of the American people.”

Administration officials are reportedly in contact with government personnel in the three countries Berkowitz visited, and an official told the Post that no cases have been reported in Hungary that are related to the trip.

The news of the diagnosis comes as both the U.S. and Europe grapple with new rises in cases and hospitalizations from the coronavirus. Among the most high-profile outbreaks was last week’s news that several members of Vice President Pence’s staff had tested positive for the coronavirus, while Europe has reported more than 1.3 million new cases this past week.

Share to
Related News
Berlin: building of the agency for disease control was attacked with Molotov cocktails
Merkel is considering a nationwide 'lockdown light' in Germany
Scuffles break out in Turin as protests build up over coronavirus restrictions
Italians protest COVID-19 restrictions as Europe struggles to contain new surge
US envoy joins Taiwan president at military memorial
Iran reiterates support for intra-Afghan dialog, dismisses US envoy’s remark
Moscow condemns as ‘a dangerous game’ US simulation of nuke war with Russia
Tags
donald trump ، official ، US
Your Comment